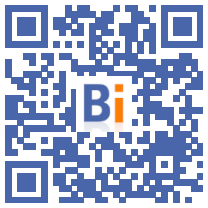 The Ministry of Transport selected 17 projects aimed at better monitoring the condition of bridges, following a call for "connected bridges" projects launched in December by the Center for Studies and Expertise on Risks, the environment, mobility and planning (Cerema).

The chosen solutions, which make great use of autonomous sensors without cabling of structures and artificial intelligence, were announced Friday by the Minister for Transport Jean-Baptiste Djebbari, during a visit to the Millau viaduct (Aveyron), according to its services.

The ministry had received 39 applications and a jury of experts selected the projects "the most promising, the most interesting also in terms of potential for innovation," said those around him.

The winners will install demonstrators on bridges, "and if these demonstrators work well, which is what we want, they can be deployed on a larger scale," added the same source.

The National Agency for Territorial Cohesion and Cerema had called for "thinking differently" the monitoring of the condition of bridges using "the latest innovations in instrumentation, telecommunications, data processing and artificial intelligence (.. .) in addition to conventional visual inspection methods ".

These experiments should cost 8 million euros, including 4 million provided by the government.

In the wake of the collapse of the viaduct of Genoa (Italy) in August 2018 and before that of a bridge in Mirepoix-sur-Tarn (Haute-Garonne) in November 2019, a senatorial report had pointed out in June 2019 the state worrying about "at least 25.000 road bridges" in France, emphasizing assistance to small local authorities.

Among these problematic works, the senators had counted 7% of the State bridges, 8,5% of the bridges of the departments, and "probably 18 to 20%" of the bridges of the communes and intercommunalities, astonished at the " lack of an exhaustive inventory of bridges managed by local authorities ".

The senators had called for a "Marshall plan" for bridges, with a fund to help local communities endowed with 1,3 billion euros over ten years.

In December, the government released an envelope of 40 million euros for small municipalities to identify and assess their bridges, with the assistance of Cerema.

Municipalities have until April 30 to file their request, the ministry said on Friday. The carrying out of censuses and field visits should start this fall, he said.