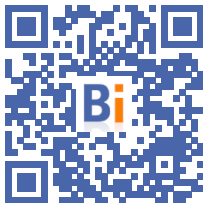 The Saint-Gobain building materials group has announced the sale of several distribution activities in Spain and Italy, continuing the series of disposals of this type of activity as part of its “portfolio optimization” strategy.

In Spain, Saint-Gobain has finalized the sale of Sanigrif (plumbing, sanitary and heating products) and Saniplast (materials for civil engineering), he said in a press release.

These two activities together represent around thirty stores, 220 employees and a cumulative turnover of 90 million euros.

Saint-Gobain also indicated that in 2020 it had sold its distribution activity in Italy, which represented a turnover of 15 million euros.

At the very beginning of 2021, the group already announced that it was in exclusive negotiations to sell its distribution activity in the Netherlands, which represented a turnover of more than 520 million euros in 2019.

In France, Saint-Gobain has also started selling its Lapeyre chain of stores (household equipment), which employs around 3.500 people, to the German fund Mutares.