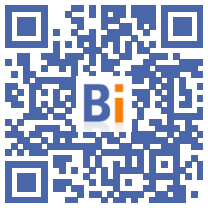 The elected environmentalists of the Hauts-de-France regional council have filed an appeal before the administrative court to have a grant from the region chaired by Xavier Bertrand (LR) to a federation of anti-wind associations, denounced as a "heresy, canceled. environmental".

"Beyond the climaticidal nature of this deliberation, which goes against our objectives of reducing greenhouse gases by 2030, we were able to identify numerous irregularities relating to its form", writes in a press release the environmental delegation to the regional council.

"Such a subsidy to a climate-skeptical association cannot be justified by any public interest, especially when it is granted to a federation set up from scratch by simple political will and it absolutely does not come under the jurisdiction of the regional council. “, she continues.

In Hauts-de-France "which represent 6% of the national territory, we have 30% of the number of masts in France, it is far too much", had argued to AFP the vice-president in charge of rurality Christophe Coulon during the adoption of this deliberation.

"We have to stop. The people can't take it anymore," he said, while ensuring that "nobody on the regional council is climatosceptic" but "everything is a question of proportion".

During his campaign for the presidential election, Xavier Bertrand had asked President Macron to ask the prefects "to now block all wind projects" in Hauts-de-France.