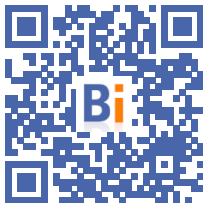 The massive use of remote or hybrid work (partially on site) to escape Covid-19 has upset the way companies operate and pushed many of them to reduce or rearrange their premises, with the temptation to save money.

Despite very variable conditions, the vast majority of employees wish to continue to telework from their home or from a place outside their company at the rate of one to three days a week, confirm several surveys.

The opportunity for companies to "rethink the occupation and organization of their workspaces", says Pierre-Yves Guice, director general of the public development establishment of La Défense.

"This is the case for almost all. Many also experienced it before the Covid crisis, which confirmed their choice" for the benefit of rental savings, adds this privileged observer of the Parisian business district . He cites "estimates" counting on "15 to 20% less demand for office space each year in Île-de-France after the crisis".

At La Défense, "the reference rent" (offices) "is 540 euros per square meter and per year (excluding taxes, charges) for leases of three, six or nine years" which "leave little flexibility to companies ". Many are turning to coworking spaces (workspaces shared by employees and companies), commendable in terms of the number of work "stations", at the rate of "500 to 600 euros per month on average" and easily cancellable , specifies to AFP Yannis de Francesco, major projects director at JLL, actor of the consultancy in commercial real estate.

"There is always a good equation to be found in terms of savings", admits Séverine Legrix de la Salle, project manager for the brand new Orange head office in Issy-les-Moulineaux, planned from 2015, confirming a reduction in costs. "confidential" costs in favor of the move.

Leave, RTT, training, travel, illness ... "Before the crisis", she said, "between 30 and 40% of tertiary positions were already vacant daily in Île-de-France". At Orange, 40% of employees were already teleworking, including salespeople and call center employees.

The telecom operator has abandoned Paris to "regroup" its teams and "meet the new needs" and "collaborative practices" of the 2.850 people who will frequent its new headquarters in the future, according to the manager.

"Very horizontal with only eight floors, it is organized around a huge atrium covered with a glass structure, very green, and includes an auditorium, three restaurants including the company one, a sports area and a number of cafeterias, café ", that is to say" 30% of meeting spaces and conviviality against 10 to 15% previously ", she specifies.

"Much more than before the crisis, coming to work will have to generate added value," said Mr. Guice. This "results in a tendency for the expansion of the flex-office (no official office) with less open space and traditional platforms to release new surfaces dedicated to meeting places, creation, presentation".

Some large groups located in the business district "are starting to repatriate or bring together subsidiaries and teams" to make their office space more profitable in La Défense. "In some towers, a company that occupied ten floors plans to abandon one or two", and at the same time companies based in peripheral sites "are considering relocating to the business district because they need less. square meters but the services it offers ", explains Mr. Guice.

Benoît Serre, Deputy Vice-President of the National Association of Human Resources Directors (ANDRH), also observes "a movement of reflection to rethink professions, make them + teleworkable + and gain in number of sites".

"Small sites, especially, are affected by closures. In large, it is rather a reduction of square meters, a reorganization. We will have to find the right balance between teleworking, attractive, and maintaining the local service. It's not just in terms of reducing square meters, ”he says.

Because "the temptation to save money on the rental of offices can be detrimental to the exercise of the collective work," warns Thomas Coutrot, head of the working conditions department at Dares, the statistical service of the Ministry of Labor. "The ultra-formalization of collective functioning risks eliminating informal functioning, which is very important for day-to-day regulation," he argues.

"We will not go back to the previous pattern," said Sébastien Desideri, head of strategic studies at Malakoff Humanis, for whom "teleworking is generalizable".

"Fewer individual offices, more convivial spaces, but also work on acoustics - due to the increase in online meetings - are on the program", specifies Jean-François Colle, director of the work environment within this social protection group.

At Société Générale, we are also "rethinking" the situation. The bank is transforming the space and adding "coworking and brainstorming (reflection) spaces", more "small meeting rooms", says Caroline Guillaumin, HRD.

We come back to the office "for the social link but also because all the tools (Teams, Skype ...) block creativity. The objective is to have spaces of conviviality. When people come back to the site, they must find what they lack at home, ”she said.

At the head of Freelance.com, specializing in digital transformation, Laurent Lévy plans to leave La Défense and "bring together (his) two Parisian sites" in a coworking space in the 17th arrondissement.

"We are not thinking in terms of rental savings, but the towers of La Défense tend to favor work in silos (partitioned). The spaces freed up will allow us to develop more collaborative spaces". Goal ? "A long-term mode of operation with only three days on site and all the teams (220 people) in flex-office", he says.

"The crisis has anchored teleworking so much in the habits that the teams really expect another mode of operation; it is much deeper than a question of quantity of days of teleworking", he insists.