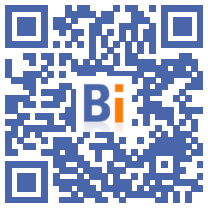 Within the framework of the French Presidency of the Council of the European Union and in a context of a sharp rise in energy prices affecting both European citizens and the economies of the Member States, the Ministers of Energy met in Amiens this Saturday, January 22.

This informal meeting enabled progress to be made in the negotiations on the themes of energy prices, energy efficiency and hydrogen.

Since last September, the European energy markets have been facing a historic crisis, caused mainly by soaring fossil fuel prices. While emergency measures have been taken at European and national level to protect consumers, the Union and the Member States must now strengthen medium and long-term strategies to guard against such situations in the future.

The 27 European Energy Ministers, Christian Busoi, Chairman of the European Parliament's Energy Committee, Kadri Simson, Commissioner for Energy, and Christian Zinglersen, Director of the Agency for the Cooperation of Energy Regulators (ACER), discussed targeted revisions to the regulations, within the framework of the objectives of the European Union, which are in particular the transition to a low-carbon economy, the security of supplies and the control of energy prices for consumers.

Several lines of work emerged from this first discussion session:

The European Commission and ACER will incorporate these different areas of reform into their discussions. The submission of the report commissioned from ACER is scheduled for next April, before the Energy Ministers meet at the Energy Council in June.

With the proposal to revise the energy efficiency directive published by the Commission on July 14, the European Union must make significant additional efforts in terms of reducing its energy consumption by 2030, in order to be on the long-term trajectory of the Paris Agreement and the achievement of carbon neutrality by 2050. The morning of work therefore continued with a discussion on the principle of the primacy of energy efficiency.

A large majority of the Member States henceforth consider that the application of this principle must be effective in all the public policies of the Union and its Member States, while leaving the latter the minimum flexibility to adapt to the diversity of national situations.

Another point of convergence underlined by the ministers: the annual energy savings obligation plays a central role within the directive, since it represents a major lever for decarbonization and for reducing the share of households in of fuel poverty.

On December 11, 2020, the Council of Ministers adopted conclusions on hydrogen, confirming the objective of accelerating the development of decarbonized hydrogen.

As of 2020, the Commission therefore began major work on regulatory changes with the publication of its hydrogen strategy, the revision of the regulation on trans-European energy infrastructures, that of the directive on renewable energies published last July, then that of the "package gas" in December. The final stage of the informal meetings in Amiens, this working lunch thus enabled the Energy Ministers to recall their desire to create a sovereign hydrogen value chain in Europe, associated with an industrial sector. Many ministers underlined the risks associated with massive import flows, but also the need for a flexible regulatory framework for this emerging market.

The Member States all agree on the opportunity that hydrogen represents in the decarbonization of industrial activities and heavy mobility, as well as on the need to accelerate the development of European technical solutions, in particular that of electrolysis.