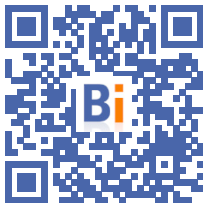 A man was indicted Friday for extortion and money laundering in an organized gang, as part of a vast investigation into the illegal burial of waste from the Greater Paris site, we learned from a judicial source, requested by the AFP.

This is the eighth person indicted in this case, which targets in particular the burial of polluted land in agricultural land in the town of Vaujours (Seine-Saint-Denis).

Tuesday, the newspaper Le Parisien had revealed the placement in police custody of three men.

The municipal police chief of Vaujours and the former director of the city's services have already been indicted in December 2020 and placed under judicial control, prosecuted for organized gang extortion and attempt, criminal associations, influence peddling and various environmental damage.

They are suspected of having allowed the burying of polluted land in agricultural land in this town of 7.000 inhabitants.

Other sites located in Villeparisis, Liverdy-en-Brie (Seine-et-Marne) or in Essonne suffered the same fate.

An earthmoving company, which would belong to people linked to organized crime, would have deposited raw waste there for two years, reported a source close to the investigation, adding that the trucks of rubble dumped on the various sites could bring him up to 'to 60.000 euros per day.

This investigation by the specialized interregional jurisdiction (JIRS) of Paris was opened in 2018.