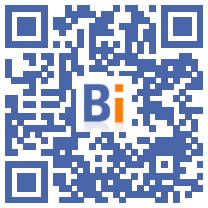 EPFA Guyana announces the start of work on two development operations within the OIN of Guyana. In Matoury, the EPFA is beginning the development of the Mélodies de Morthium subdivision, the first operational phase of 1ha in the Matoury-Sud-Bourg sector - OIN sector no. 4 (8ha in total). 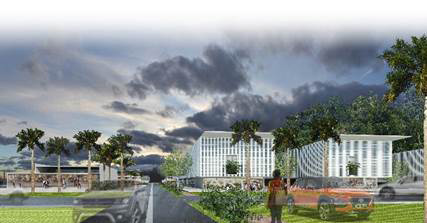 It includes housing, economic activities and public spaces. In Montsinéry-Tonnegrande, the EPFA is launching work on phase 1 of section 2 of the “Montsinéry” ZAC with the aim of giving the landscape a view.

The EPFA Guyana is building with its public and private partners "the sustainable Amazonian city" according to a coherent overall approach which operates both the control of land, the response to housing needs, equipment and economic activities, while enhancing the mosaic of Guyanese landscapes and biodiversity These development operations aim to create a supply shock to help reduce squats and create the facilities necessary for the well-being of the population.

For Denis Girou, Director General of EPFA Guyana: “We are entering a new phase of the OIN for two operations, that of the operational phase. After the pre-operational component, the design studies and the choice of project management, we are starting development work this month in 2 of the 24 OIN sectors, in Matoury and Montsinéry-Tonnegrande”.

Sector OIN 8 - In Matoury, “Mélodies de Morthium”, the “inhabited landscape”: First milestone-showcase of a project that will reconfigure the sector; connect it to the city center and enhance the forest environment

The French Guiana OIN comprises 7 sectors in Matoury. The first to be developed is the Matoury-Sud-Bourg sector (60 ha) with the “Mélodies de Morthium” subdivision (4 ha). It is to the south of the town that the EPFA is beginning the work of this overall operation as part of the existing urban extension in continuity with the town's elementary school.

Near the Morthium cove, close to the forest, the Mélodies program is developing as an urban staple around a central road connecting to the RN2 and the neighboring district. It will offer 61 housing units (44 social housing units, 12 semi-detached houses and 5 individual houses); 3.000 m2 of floor area of ​​economic activities and local shops; an esplanade and an urban park of 6.800m² also making it possible to manage the problems of rainwater. Swale systems (open-air canals) linking the neighborhood and the layout of the buildings will promote the enhancement of the landscape.

Sector OIN 12: Significant steps taken for the requalification of the TDF industrial wasteland of Montsinéry-Tonnegrande and the development of phase 1 of section 2 of the ZAC "Montsinéry" within the "Les savanes" sector

The municipality of Montsinéry-Tonnégrande (2.900 inhabitants [1]) is a model of ecological transition. Sector 12 of the OIN called “the savannahs” is an illustration of this. 35 km from Cayenne, on the edge of the forest, bordered by the Montsinéry river, the town will enhance its assets: biodiversity, agriculture, a striking natural setting. The operation and the innovation center focused on Greentech-Guyana have elevated the landscape to the rank of an operational tool in territorial planning and development projects.

EPFA Guyana is preparing the requalification of the TDF industrial wasteland to accommodate Biostratège.

The BioStratège company specializes in the fields of eco-extraction of plants, the development of eco-responsible ingredients and natural products.

EPFA Guyane bought the land and the former broadcasting building from TDF. The work of dismantling the antennas by TDF is in progress.

In 2023, BioStratège should settle in the real estate complex and have the necessary land to carry out its “Amazon Activ Valley” project on 2.500 m2 of SDP.

The industrial investment of more than 6,8 million euros will initially allow the creation of 23 new direct jobs.

Unit 1 is delivered. It revolves around the construction of a school complex, 100 housing units and shops.

The phase 2 project (60 ha) relies on the landscape as a support for urbanization. It unfolds in hamlets interconnected with the town and backs onto the college under construction.

3 hamlets with different landscape atmospheres - hamlet of the mangrove, hamlet of the lagoon and hamlet on the edge will eventually accommodate more than 600 housing units, 20% of which are collective, 34% intermediaries and 46% individual.

At the heart of these hamlets with a strong identity, diversified public spaces including a "skatable" area, an adventure rock, a multi-sports ground, sports trails, relaxation areas, playgrounds and observation huts.

Generous programming will be concentrated along a central axis: public facilities, economic activities, college and crèche, medical center and shops.

For Denis Girou, Director General of EPFA Guyana: “The project developed by Atelier 2/3/4 combines habitat, biodiversity, economy and employment. With the arrival of Green-tech companies, this is an ambitious future project for the territory and its inhabitants, illustrating the transition towards a non-destructive economy of Guyanese biodiversity. »