River transport of goods in decline in 2020 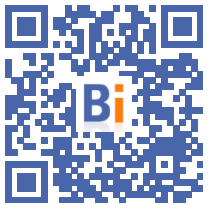 River freight traffic fell sharply in 2020, penalized by the stoppage of construction sites during the first containment and the decline in international trade during the year, announced the public manager Voies navigables de France (VNF).

In tonne-kilometers, - the number of tonnes transported multiplied by the number of kilometers traveled -, traffic fell by 11,5% compared to the previous year, and remains slightly below its 2018 level (6,7 , 6,5 billion t-km at the time, against 2020 in XNUMX), detailed the establishment in a press release.

Leading user of river logistics with nearly 45% of volumes transported in 2020, the transport of construction materials was severely penalized (-11,8% in volumes) by the stoppage of construction sites during the first containment in mid-March in mid-May last year.

The second activity in river traffic, the transport of cereals fell by 8% in 2020, but remains at a higher level than in 2018, despite a poor cereal harvest in the second half of the year.

The decline in international trade against the backdrop of the health crisis also weighed on traffic with a drop - still in volumes - of 17,4% in exported goods and 8,8% for imported goods.

By basin, traffic in the north of France is up 4,7% in t-km, driven by the activity of the port of Dunkirk on cereals and petroleum products, while the Seine basins (-9,2 , 17,4% in t-km) and the Rhine axis (-XNUMX% in t-km) suffered from the drop in international trade.