Inflation will accelerate further in France, weighing on growth this year 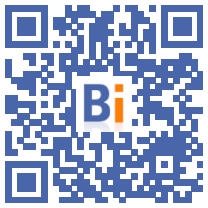 Inflation should continue to accelerate to reach 6,8% over one year in September in France, then remain at this rate during the last months of the year, INSEE estimated on Friday, an outbreak that will weigh on the economy. economy, with growth expected at 2,3% in 2022.

In total over the year, inflation should reach an average of 5,5%, unheard of since 1985, which would reduce household purchasing power by 1% despite the public support measures in place or announced, its strongest contraction since 2013, marked then by the post-financial crisis austerity policy.

Like the Banque de France - which published the same growth forecast on Tuesday and substantially the same inflation forecast (5,6%) for the year -, INSEE estimates that after a sharp jump in June to 5,9, XNUMX% due to the rise in the prices of oil, food and services, inflation would then rather be supported by increases in prices excluding energy "in response to past increases in production costs", i.e. i.e. commodity prices and wage increases.

Faced with this situation that many French people have never known, household confidence seems "particularly weakened", underlined during a press conference Julien Pouget, head of the economic situation department at INSEE.

And it is not the automatic revaluation of the Smic expected in August or September according to him, due to inflation, which will be likely to reassure them.

They should thus increase their savings, which have already reached a record level during the health crisis, and remain cautious in their spending, with consumption expected to rise moderately (+2,3%), after a decline of 1,5% in the first trimester.

These forecasts include measures to support purchasing power taken or announced (revaluations of pensions, social minima and salaries of civil servants, energy tariff shield, purchasing power bonus, abolition of the fee, etc.) , which "would contribute to raising the gross disposable income of households by around 1 percentage point in 2022", without completely canceling out the impact of inflation, according to INSEE.

On the business side, while industry and construction will continue to struggle against rising costs and the supply difficulties caused by the war in Ukraine, services "should carry most of the growth in the second half of the year".

The economy could, however, count on a small rebound in exports, but on condition that the Covid-19 epidemic in China does not once again slow down world trade.

In this context, employment should resist again this year, with 260.000 job creations expected and an unemployment rate which should drop to 7% at the end of 2022.