In Lyon, on the S-One building, the new Wicline 65 frame system from Wicona makes the wall 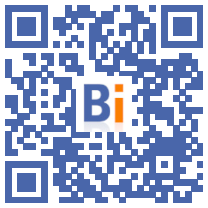 An emblematic showcase of the urban transformation of the 9th arrondissement of Lyon, the S-One tertiary building located at the corner of rue Marietton and avenue Sidoine Apollinaire enjoys a strategic location between Vaise and Gorge de Loup.

Delivered in May 2022, it was erected in place of an aging auction house and bears witness to an urban fabric that is being renewed. How, on this constrained plot in the shape of a bow, delimited by the stream of planks below, can new generation offices be built, flexible, adapted to today's expectations and taking advantage of this environment?

Led by the Carré d'Or Group, the SOHO project responds with a tertiary building in a compact form that incorporates the industrial codes of its heritage. The constraint of the stream at the back of the land allowed architectural audacity to respect the regulatory distance of any construction site at less than 8 meters. S-One unrolls a rectangular building of 3.246 m2 in R+4 and 2 basement levels and an impressive triangular cantilever of 8 meters.

When it comes to working on the frame of the carpentry and facades, the choice fell on the WICONA frame facade system. “Our desire was to make prefabricated modules in the workshop, delivered to the site and placed in one piece on the frame of the building with the somewhat new ambition that the modules be completely finished on the interior and exterior skin. » In order to bring a dynamic and rhythm to the whole, the architecture firm SOHO and the company LENOIR Métallerie imagined 8 versions of modules.

For Antoine Noyel, CEO of Lenoir Métallerie: "The specificity of the project lies in the synoptic of the dressing of the frame facades which met a double objective: to give the impression of kinetics from the street via a kaleidoscope of dynamically positioned modules and to create the illusion that the load-bearing structure of the project is located on the outside, leaving only decorative aluminum covering objects to recreate this molding. »

For this, it was decided to use WICONA's WICTEC EL frame-by-element facade system and created a frame frame system from the WICLINE 65 window. In all, 110 elements were manufactured in the workshop, representing 1.050 m2 of facade available in 8 different designs. Each block/unit being itself composed of 3 to 5 filling elements.