In Albania, the lost battle of anti-atomic bunkers facing the sea 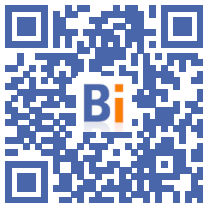 The bunkers erected by the communist dictatorship on the Albanian coasts were supposed to resist atomic bombs. The enemy attack never came, but these Cold War monuments are now being devoured by the sea.

According to scientists, the shores of the small Balkan country are among the most affected in Europe by erosion due to climate change and uncontrolled urbanization.

On the coasts of Seman, in central Albania, the bunkers of Enver Hoxha, the late tyrant who had become angry with the West, the former USSR, the former Yugoslavia, China and prepared to be attacked from all parts are under water.

Ditto for the police station, the sports fields, the oil well.

On the beaches, uprooted tree trunks and collapsed roofs testify to helplessness in the face of the inexorable advance of the sea.

"The bunkers were supposed to resist everything but they failed in their one and only battle - against the sea," Ilir Zani, 80, told AFP.

According to locals, the Adriatic has advanced here by 800 meters in three decades. Izmir Mernica, 47, is afraid of seeing the disappearance of his small bar which supports his family. It shows the old water tower partially submerged. "We are worried, the sea is swallowing up everything. Look at this tower in front of which cars were parked in the past".

In 2009, authorities fired seven submerged bunkers on the beach with T-59 tanks, after vacationers drowned in the whirlpools created by the current around the structures. Alas, the sea "took them again", continues Izmir, bitter.

According to reports by climate change experts for the UN Development Program (UNDP), "more than a third" of the 427 kilometers of coastline are "affected by erosion, at a rate of two meters a year".

According to Abdulla Diku, an environmental specialist, for each hectare, about 27 tons of soil go to the sea each year, which is about eleven times more than the average for European countries.

In Qerret, to the north, Vlash Moçi, 64, still has his bunker, which once housed anti-aircraft guns.

He turned it into a bar that attracts foreign tourists curious to learn more about the paranoid reign of Hoxha, who had built more than 170.000 bunkers and many underground anti-atomic tunnels.

But he is anxious. The neighboring bunker, a pale green structure resembling a flying saucer, has its feet in the water.

"We are afraid that one day the big waves will swallow us up, it's terrible," he told AFP.

In an attempt to fight back, villa and hotel owners in Qerret have illegally built rock jetties perpendicular to the sea. But they alter the currents and make the situation worse, experts say.

"These are individual solutions that make the problem worse and harm biodiversity and marine ecosystems," warns Mirela Kamberi, a specialist for the UNDP.

Everything is in league to favor the conquest of the sea. There is climate change, with the increase in extreme weather phenomena and the rise in temperatures and sea levels. Experts predict in Albania an increase in the level of waters from 40 to 105 cm by 2100 compared to the years 1986-2005.

There is also deforestation, the extraction of sand from rivers which accelerates their course, uncontrolled urban development on the coast.

"The problem is that people have cut almost all the fir trees to build buildings, damaging nature's systems," Besnik Zara, 66, said, throwing his fishing rod into the water. "Here, even the fish have disappeared".

On the mountain of Shupal, near Tirana, it is easy to see the damage caused by erosion, land degradation and water from the rivers that end up in Lake Bovilla.

This lake, which supplies the capital with drinking water, "is already considered a hot spot for erosion", underlines Abdulla Diku.

To cope, the authorities banned the exploitation of forest resources in 2016 and adopted the commitments of the UN climate conferences in Paris and Glasgow.

Tirana has also just strengthened the legislation. "Environmental crime will be treated by the penal code as a crime against life, property or in an organized gang," warned Interior Minister Blendi Cuçi.