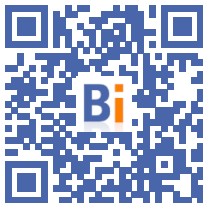 The health crisis has freed up time to allow employees to train, but access to this training has been unequal, according to a study by Cereq which has just been published.

“If the time freed up by partial unemployment is not enough to train”, the health crisis has “opened up opportunities for certain employees”, can we read in the latest bulletin from the Center for Studies and Research on Qualifications ( Cereq Brief, issue 420, March 2022).

According to this study covering the spring 2020-spring 2021 period, the specific context "could, under certain conditions, be favorable to training, including for some of the employees who are usually far from it".

Nearly a quarter of employees who did not receive training between 2014 and 2020 took at least one training course, started a validation of acquired experience (VAE) or a skills assessment between March 2020 and May 2021.

“Faced with the impossibility of offering face-to-face training during the first confinement”, the Ministry of Labor decided “the massive provision of online educational resources by training organizations”. In total, more than 40% of employees say they have taken or started training between March 2020 and May 2021, a rate close to the average.

However, the study reveals strong inequalities in access to training. “Half of the executives against only a third of the workers declared to have followed at least one training course”. Employees of large companies and those on full-time permanent contracts were more likely to receive training than those on fixed-term or part-time contracts.

The weight of family constraints weighed more heavily on women. Only 14% of women who received training over the period studied were able to do so during the first confinement, when the children were at home, compared to 21% of men.

The study also underlines "the decisive role of the employer in access to training" for its employees. Priority was given "more often to the most qualified categories": 42% of executives and 38% of intermediate professions received a training proposal from their employer over the period studied, against only 25% of employees and 27% of workers.

On the other hand, employees without a diploma were the most numerous to declare that they had not received any training offer from their employer (76% against 67% on average), as were employees on fixed-term or part-time contracts ( respectively 76% and 85%).