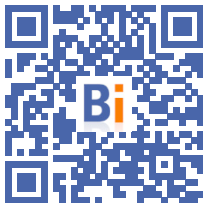 A "slightly high" growth forecast and "slightly underestimated" inflation expectations: in an opinion issued on Thursday, the High Council of Public Finances is skeptical about the budgetary trajectory envisaged by the government for 2022.

"The High Council considers that the government's growth forecast for 2022 is not out of reach but is a little high", is it summarized in the opinion.

The growth forecast, reduced to 2,5% in the draft amending budget (PLFR), is "weakened by several factors", estimates the HCFP, a few hours from the presentation by the government of the PLFR which must record a salvo of new spending to support purchasing power eroded by inflation.

The government bases its growth forecast on the assumption of a "strong increase" in its traditional engine, namely consumption, estimates the independent body responsible for assessing the credibility of budget forecasts.

However, the impact of high inflation (5,8% over one year in June according to INSEE) on household purchasing power should result in “lower consumption” than expected, anticipates the HCFP.

The persistent weakness of the indicator that measures consumer confidence "suggests that they could decide to postpone their purchasing decisions in favor of savings", penalizing consumption and therefore growth.

As for companies, the reduction in margins and the rise in interest rates should constrain their investment capacity.

Like the Court of Auditors in a report published Thursday morning on the situation of public finances, the HCFP also doubts the credibility of the 5% deficit expected by the end of 2022 by the government.

The deficit forecast "is surrounded by significant risks, in particular "given the risks of lower yield of certain compulsory levies and the risks of overspending on certain expenses", decides the authority.

"5% is not unattainable, but for it to be achieved all the factors would have to work in the most favorable direction", commented the president of the HCFP Pierre Moscovici Thursday during a press conference.

The same skepticism, finally, on the government's inflation forecast (5% for the year 2022), which "assumes a easing of inflationary pressures in the second half of the year".

But "this slowdown is not certain in view of the recent and expected salary increases", he judges. Consequently, "the High Council estimates that the inflation forecast for 2022 seems a little underestimated."