For the global climate, we must support the deployment of renewable energies in developing countries according to the IEA 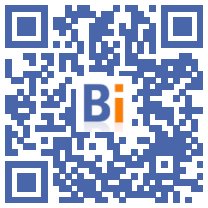 "This is not an option", warns the International Energy Agency: the world must support the deployment of clean energies in developing countries much more "massively", otherwise planetary climate change will not be possible. be restrained.

Investment in green energies has been declining for a few years in emerging and developing countries (excluding China), and the Covid crisis has not helped: the current amount would have to be multiplied by seven, to reduce it from 150 billion dollars per year to more than 1.000 billion per year by 2030 and thus put the globe on the path of carbon neutrality by 2050, calculated the IEA in a report published on Wednesday.

"We are engaged in a race for carbon neutrality: it is not a race between countries, but against time", told AFP its director, Fatih Birol: "there will be no winner if all not everyone crosses the finish line ".

However, "developing regions, which are home to two-thirds of the world's population, generate 90% of the growth in emissions but receive 20% of funding devoted to clean energy," he adds. "If we do not act quickly to accelerate these investments, this subject will become the most critical fault line in the fight against global warming."

Call to the G7

At this stage of the known energy plans, the CO2 emissions of these Asian, African or Latin American economies should increase over the next 20 years, when those of the advanced economies will decline and those of China will stabilize.

Industrialization and rapid urbanization will lead to a boom in demand for construction, transport, air conditioning ... And 760 million people are still without electricity.

The IEA report, produced with the World Bank and the World Economic Forum, highlights the importance of private finance for these capital intensive investments.

But international action and public funds will have to play the role of catalysts, he adds, in unfavorable environments, where capital is expensive (seven times more than in North America): reduced national finances, deficient banking system, monetary instability, lack of visibility ...

"There is no shortage of money in the world, but it does not go where it is most needed" underlines Mr Birol. "Governments must give all international financial institutions the strategic mandate to finance energy transitions in developing countries."

The economist calls on the leaders of the G7, which begin a three-day summit on Friday, to seize it: "the G7 can give the kick-off, send a signal".

As for the 100 billion dollars annually in climate finance, which the countries of the North have committed to pay to the South within the framework of the UN climate negotiations and the Paris agreement, it is "a floor", underlines IEA.

Cheaper in the South than in the North

There is an economic advantage, insists the IEA: reducing emissions from a developed country costs twice as much as in a developing region, where it is often not necessary to go through the transformation of entire sectors.

The price of renewables has also fallen. The installation cost fell by 40-55% between 2015 and 2019 for photovoltaics, in Brazil, Mexico, India and South Africa, by 15-30% for wind. Despite everything, it remains high for others, sub-Saharan Africa or Indonesia - even if the start-up costs are then offset by lower operating costs or fuel savings.

"Asia and Africa are critical, and providing them with clean, renewable electricity is a priority," says Fatih Birol.

Because Asia in particular has a whole coal program, to supply huge power stations with an average age of just 15 years (compared to 40 for American power stations).

"These power stations generate money for governments and service companies: we therefore need to find innovative financial incentives for their early retirement."

Innovations to reform banking markets, give more power to SMEs ... the subjects are multiple.