Evolution of recycling channels: what future for the public waste management service? 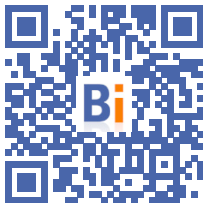 The year 2022 will mark a turning point in the development of recycling and the circular economy in France with the implementation of several important measures resulting from the anti-waste law for a circular economy (Agec): generalization of the sorting of all plastic packaging for the French, 100% recycling of plastics by 2025, etc...

Most of these measures, of which AMORCE has often been at the origin, are going in the right direction. But hasty and rarely concerted arbitrations with the communities in charge of waste management for decades raise fears of sham results.

Certain decisions are in fact likely to have far less positive consequences for the future of the public service, for local taxation, and a strong risk of demobilization of elected officials and territorial actors who are too often presented with a fait accompli. This gradual destabilization of the public waste management service reached a new high point with the recent decision to disrupt the packaging sector.

In this start of the 2022 school year, AMORCE first makes the bitter observation that if the massive increase in the waste storage tax (TGAP) was effective from the start of the mandate, without a day's delay in 2018, none of the new selective collection channels (toys, sports and leisure, DIY, garden centres, etc.) which were intended to reduce the storage of waste are not operational on January 1, 2022 as provided for by the Agec law. For 4 years, the TGAP will thus have brought hundreds of millions of euros to the State budget on the backs of local authorities, including the most virtuous in terms of recycling.

The observation is the same for the recycling sector for professional catering packaging which was initially to be set up on January 1, 2021 and which has been postponed for two years. Worse still, 12 years after the Grenelle law which already provided for a financial mechanism to manage building waste, the establishment of the sector was again postponed for a year under pressure from marketers at dawn. of the presidential campaign. And this, without any consultation with the local authorities concerned who were presented with a fait accompli. These successive postponements leave tens of thousands of tons of waste at the expense of local communities and taxpayers.

Concerning the sectors already in operation (packaging, electrical and electronic waste, hazardous waste, etc.), AMORCE deplores a dangerous simplification of the specifications of eco-organizations, yet already in a monopolistic situation. Contracts with eco-organizations are increasingly unbalanced and weaken the action of local authorities. AMORCE also deplores the weakening of the initial ambition of the Agec law on environmental objectives, with very few additional means of coercion for the State in the event of non-achievement of these objectives, whereas the latter knows how to be much more severe with the obligations of local authorities.

But it is above all the recent decision to give the eco-organization exclusive control of most plastic packaging waste streams, with the exception of bottles and flasks, which raises questions about the targeted objectives. A decision taken without real consultation, nor environmental and economic assessment, and without guarantee that this will improve the recycling of new plastics that the French must now sort. In doing so, local authorities again appear as adjustment variables for the industrial strategies of marketers in search of resin, when they have had to invest hundreds of millions of euros of public money, paid for by taxpayers. , in new sorting centers that are now partially called into question.


AMORCE finally denounces the underground development of automats for consigning plastic bottles, the last source of waste that could still be sorted by communities, the only one having value and lowering the cost of the public waste service. The development of these machines on the territory is in complete contradiction with the agreement established with the government in the Agec law on the postponement of these devices in the face of the opposition of many actors.

A significant risk of demobilization of communities and local elected officials

Local authorities, which have until now been major players in the circular economy at territorial level, feel increasingly hostage to national or international commercial and industrial strategies that are far removed from the concerns of citizens and long-term environmental issues. Without visibility on the future, and financially impacted by decisions that do not take into account the essential public service of waste management, more and more local elected officials are questioning their motivation to engage in recycling channels and to sign future contracts with eco-organisations.

AMORCE therefore calls on the government to rebalance exchanges and decisions between industrialists and communities in terms of waste management, to avoid the demobilization, or even the massive withdrawal of communities from many selective collection and recycling sectors, of which they are the key. of vault. AMORCE will present its proposals in this regard to the candidates for the presidential election in the coming weeks.