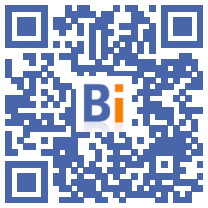 "What do you recommend ?" : in the pavilion he has just acquired in Rosteig (Bas-Rhin), Jérémy questions the heating engineer Yannick Kennel, who has come to make an estimate to change the 30-year-old oil-fired boiler.

It is now impossible to replace it as it is.

This young 24-year-old owner (who doesn't want to give his last name) already has an idea of ​​what he wants to heat this 1955 house: "the price of fuel oil decided me, I would like a biomass boiler, wood pellets".

"I bought when I left school, with almost no tax income, and therefore with the maximum of aid", specifies the recent graduate in pharmacy. His employment assured, the banks did not hesitate to grant him a loan for the acquisition of this property of 82 m2 overlooking the two churches of the village for 500 inhabitants, "one Protestant, the other Catholic".

His computer on the floor, in the absence of chairs, in the house undergoing renovation, Yannick Kennel enters the measurements taken in the basement into his computer to be certain that the imposing tank capable of containing 3,7 tons of pellets will be able to hold.

"We should be between 15 and 17.000 euros", finally announces the craftsman to the new owner. The latter hopes that at least two-thirds of the investment will be supported by aid such as MaPrimeRénov, paid according to the "ecological gain of the work".

“We are surfing on aid”

Nothing surprising for the professional, who to finish convincing Jérémy recalls having installed four biomass boilers in the main street of the village.

"We sold only one oil-fired boiler last year, none this year ... We are surfing on aid", loose a few kilometers away Mr. Kennel in his store in Ingwiller where wood stoves and wood stoves shine. brand new pellets.

The trend is likely to increase. The new environmental standards that came into force on Friday now prevent buildings from being fitted with new installations running on coal or fuel oil, due to a level of greenhouse gas emissions exceeding the threshold of 300 grams of CO2 per kilowatt hour.

In the Strasbourg region, the measure has a particular impact with 24% of main residences heated by oil in the Bas-Rhin, one of the highest rates in the Grand-Est, and double the national average.

As for city gas, it does not arrive in Rosteig, nor in 25.000 other French municipalities, located mainly in the countryside and in the suburbs.

Another option: heat pumps. But the harshness of the winters in this village backed by the Northern Vosges makes Yannick Kennel reluctant: "Everyone would like them, but their operation is very uncertain. It's paradoxical, but sometimes I ask people first to better insulate the walls and the attic before changing their heating".

Do not panic, however, reassures Yannick Kayser, director of the Alliance Energies fuel oil distribution network.

"The sector is in place to install boilers running on biofuel (F30)", he says. It contains 30% biofuel from rapeseed, allowing it to fall below the greenhouse gas emission threshold defined by the new regulations, and also costs 15% to 30% more than conventional fuel oil with comparable performance.

"Faced with the uncertainties of energy prices, households not benefiting from aid are waiting and thinking about keeping their boiler", explains this member of the French Federation of Fuels, Fuels and Heating (FF3C).

A new range of "Biofuel ready" boilers will be rolled out this summer. The most recent oil-fired boilers are backwards compatible, while the older ones will have to be changed.

"The demand for biofuel will really be felt at the start of the heating season, for customers who will have obsolete fuel boilers", predicts Mr. Kayser.

Victim of its success, the ton of pellets has gone from 300 euros last year to around 400 euros today.