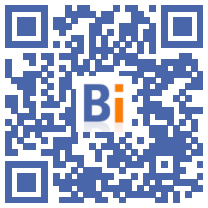 Reduce "drastically the use of concrete", favor "local materials" and generalize their "reuse": the planet must reinvent short circuits so that the building sector has less impact on the climate and better resists the effects of warming, says Lina Ghotmeh, a 42-year-old Franco-Lebanese architect.

Construction is responsible for nearly 40% of global greenhouse gas emissions according to the UN, including 28% related to the use of energy (light, heating, air conditioning), and 11% to materials.

For Lina Ghotmeh, who gave an interview to AFP before the United Nations COP27 climate conference in Sharm-El-Sheikh, Egypt, the "first step" in reducing the carbon footprint of construction is to "keep what already exists, do not demolish" and "work on energy renovation to reduce the consumption of buildings and make them more bioclimatic".

But according to her, it is difficult to "stop building" new buildings given the housing needs: "it would be like saying to stop eating".

"What is needed is to change our value system," adds Ms. Ghotmeh, who taught at Yale University in the United States, co-chairs an association for architecture in extreme environments, and has just being appointed to the board of materials giant Saint Gobain as an independent director.

For the leather goods and saddlery factory of a large luxury group that she is building in France, the architect chose to build with brick, made from the site's excavated earth, thus reinforcing the inertia of the building - its ability to stabilize its temperature and reduce its energy needs. No materials from the end of the world. Back to ancestral techniques, associated with the production of clean electricity. And ultimately a "passive" building that produces more energy than it consumes. The inauguration is scheduled for early 2023.

For her, the challenge facing manufacturers in the face of global warming is twofold: to reduce CO2 emissions and reduce consumption. "How to choose materials produced with the least possible carbon impact and design a bioclimatic architecture, that is to say, which needs less energy?" she summarizes. To which is added a third: How to build lighter with less material?

The architect must very early "think in a circular way, tell himself that the chosen material will one day be able to return to the earth or be reused", and favor organic or geosourced origins: wood, hemp, linen or stone, and local.

"In Canada, we build wooden towers, in Japan too, it is a material that is quite capable of being used for high constructions" even by adapting to regulations that "constantly change" (height , fire regulations, etc.), says the architect, who is preparing to build a wooden tower in Paris in 2023.

"In my project approach, I look scrupulously at the labels of the materials", she adds, "banning" for example those which have "too much plastic, or too much glue", or labels "not enough transparent" on the components.

In addition, "we must drastically reduce the use of concrete", she says, and reserve its use for sites for which it will remain irreplaceable, for example for foundations and constructions in seismic zones.

Exactly what she did in Beirut, the "gutted" city, disfigured by the war where she grew up, and which sparked her vocation to "build". Its housing tower called "stone garden" (stone garden) in concrete covered with a combed coating from local craftsmanship, withstood the explosion of the port on August 4, 2020.

Without dramatizing, she sees Beirut, the city of "collapse" as a possible "precursor" terrain, a "taste" of what could await our societies not yet weaned from oil if they in turn collapsed under the effect of heat waves, droughts or floods linked to climate change. "Are our systems resilient, are they able to transform themselves, to change value systems?" in the face of the upheavals brought about by global warming, she worries.

Beirut can also be an advanced transition laboratory: "Since there is almost only one hour of electricity per day, I have seen that all the buildings have solar panels now. There is a kind of energy independence which is beginning to be put in place, by force. Does it take a catastrophe like that of Lebanon to make the transition?