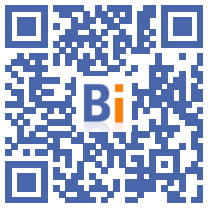 Actors of the circular economy since the creation of the company Deltamod in 2013, the two management couples have come a long way in the repackaging of the modular building.

Located in the town of Nort-sur-Erdre near Nantes (44), the managers have decided to give new impetus to their activity by investing nearly 5 million euros in a new factory dedicated to the storage and reconditioning of modular buildings. .

30.000 m² of storage area for old modular buildings and more than 3.000 m² of industrial area to recondition them and give them a second life, here is the new factory built near Nantes (44) in the town of Nort-sur- Erdre.

This investment of 4,8 million euros coincides with the rise of the circular economy and the pioneering side of managers in 2013. If the off-site construction business and in particular the prefabricated modular building was booming in At that time, they were the first to believe in the “second hand” market, or rather how to lengthen or give a second life to modular buildings.

“You should know that 70% of the waste produced in France comes from the construction sector (ADEME & CGDD). Reuse is part of a sustainable development and circular economy approach. It makes it possible both to reduce the carbon impact linked to transport and to reduce waste ” says Pierre Visonneau, CEO of Deltamod.

“We were therefore the first to offer an offer of second-hand modulars and then quickly develop this service towards tailor-made by repackaging the modulars according to our client's specifications. Reconditioning can be minimal or total while respecting a basic principle of minimizing waste as much as possible ” adds James Moutaouadhia, Chairman and CEO of Deltamod.

The young company has therefore grown rapidly to reach a turnover of more than 6 million euros in 2020 by employing 30 employees in all the reconditioning trades (plumber, electrician, painter, logistics specialist, not to mention office staff. studies, commercial and administrative). 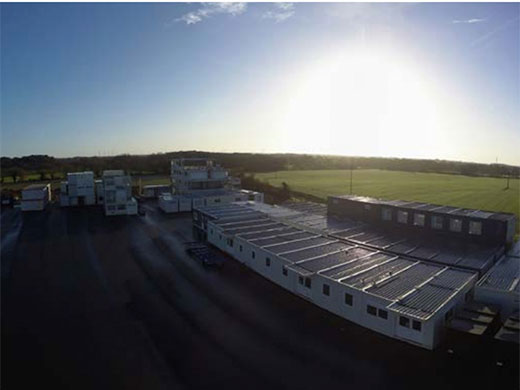 The main advantage of the modular building over traditional construction is its design time and modularity. This phenomenon is even more true with the re-employment market.

With a permanent stock of more than 500 modules, the company Deltamod is able to respond immediately to a need for additional square meters. Whether on occasion with immediate availability or tailor-made, the client has access to exceptional responsiveness without compromising on the quality of the building.

If the modular market in France represents more than 1 billion euros in France, that of reuse is only 2% in 2020. Admittedly, it is still little, but the demand for this type of structure is growing every year. The re-employment market is becoming a reflex in the choice of communities or manufacturers, just as it is in the telephone and automotive sectors.

“The environmental concern is more and more strong and the needs more and more numerous. It was important to structure our activity and to offer a 360 ° service for the reuse market ” explains Pierre Visonneau.

“So we created 4 distinct activities to meet demand. Occamod for the Used modular part and Deltamod Solutions for the made-to-measure reconditioning. On the other hand, we wanted to anticipate and avoid the systematic demolition of prefabricated products by creating our Deltamod Recycling branch, which allows us to buy back or take back free of charge buildings that clutter up and are no longer used. This action is vital to have a stock to recondition ” bid James Moutaouadhia.

"Finally, our last activity is modular transfer. This principle consists of moving one or more modular buildings from an existing site to a new site. This gives new perspectives to communities or companies which have modular systems and who wish to give them a new function. In addition, we can also recondition the buildings on site with our team to give it a use other than its origin. We thus give a real meaning to the action of reconditioning. " adds Pierre Visonneau.

The strong signal of recent years is the number of requests which explode for the modular of reuse and in particular for increasingly large surfaces. If in the 2000s, the modular had a “basic” image for use in storage or basic living, manufacturers in the sector have contributed to the move upmarket with high quality structures.

The last two major projects of Deltamod attest to this with the construction of a modular accommodation center of 5.000 m² in the town of Clichy (92) or even the modular repackaging operation of 1 m² of administrative offices in R + 700 for the CEA Bruyères-le-Châtel.

The first site carried out at the request of ALTERALIA, demonstrates the rapidity of intervention for the creation of 400 emergency spaces and 6 months of realization integrating the entire phase of earthworks, reconditioning, transfer and commissioning of more than 100 modules and 5.000 m² of surface.

The second expresses the interest of Deltamod's business, namely the repurchase or take-back of old modular units to recondition them. The company thus bought 1 m² of unused modular space from the company PSA Sochaux and then added 200 m² of additional modules from the company Sanofi to transfer them to the new site and thus create a single total building of 500 m² for the CEA .

With more than 10% growth per year and its new industrial tool, the young Nantes company is giving itself 5 years to triple its turnover. With 8 recruitments already scheduled for 2021, there is no doubt that the reuse modular has good years ahead and a prime ambassador with the company Deltamod. 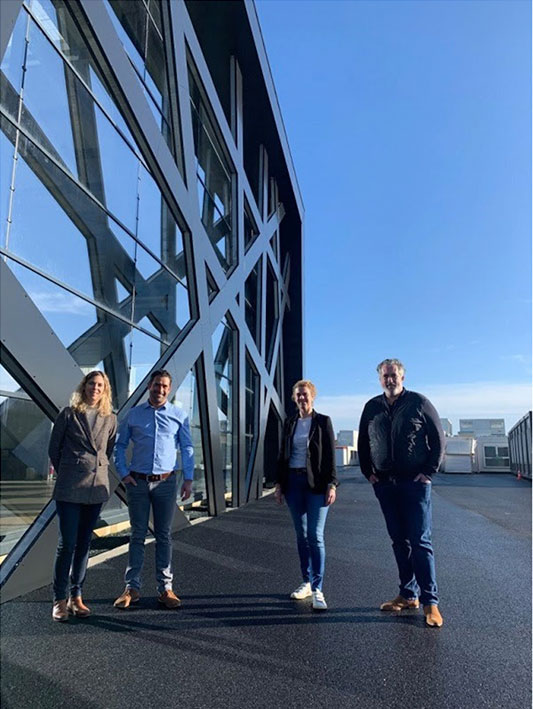