COP 26: the Cinov Federation calls for the objectives set to remain faithful to the Paris Agreement 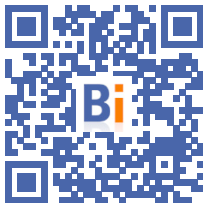 While the Glasgow Conference on climate change ended on November 13, the Cinov Federation - representative of the professions in the provision of intellectual services in Consulting, Engineering and Digital - recalls that the climate situation remains alarming .

Faced with the urgency of the situation, the Cinov Sustainable Development Commission expresses the wish that all decision-makers - foremost among them the States - accelerate and strengthen the progress made by the COP 27 which will take place in one year. in Egypt, so that the objectives set remain faithful to those contained in the Paris Agreement.

Present in Glasgow for the COP 26 this year, Idriss Kathrada, president of the Sustainable Development Commission of the Cinov Federation, was able to attend the discussions and participate in some round tables to express the point of view of the BETIC branch on related issues. climate change and the necessary acceleration of the ecological transition.

An alarming observation shared by the Cinov Federation

Based on the inaugural speech by Antonio Guterres, Secretary General of the United Nations, whose main orientations it shares, the Cinov Federation considers that an increase of 2,7 degrees - as estimated by the latest report on national plans to reduce greenhouse gas emissions - would be catastrophic for the planet.

Contrary to these alarming estimates, which should push all decision-makers to act quickly, Cinov reiterates its attachment to the ambitions that appeared in 2015 in the Paris Agreement.

According to Idriss Kathrada, “The scenarios of the UN Secretary General are terrifying. We urgently need to refocus on our original goals, as they were in the Paris Climate Agreement, which set the warming threshold below 2 degrees Celsius, preferably 1,5 degrees. " And to remind “That our future and our collective survival are at stake: we must therefore urgently give ourselves the means to achieve this ambition. "

Significant progress that should be accelerated and strengthened

If the Cinov Federation regrets the mixed results of the COP 26, it nevertheless welcomes real progress, in particular as regards the commitment of States - through their National Determined Contributions (CDN) - to go from +3,2, 2,7 ° at + 2,4 ° then, with the additional declarations concerning methane, reforestation and the reduction in the place of coal, at + XNUMX °, although this figure remains too high.

Respecting and raising the level of adaptation funding by several countries is also very important to better recognize and respond to the effects of climate change. Also, the Cinov Federation welcomes the partnership forged between France, Germany, the United States, the United Kingdom and the European Union to help South Africa to get out of coal. Cited as an example on November 13 by the European Commissioner for Climate Action and Vice-President of the European Commission Frans Timmermans, this partnership could foreshadow other agreements of this type to accelerate the energy transition in third countries.

Finally, Cinov is delighted that Nature-based Solutions (SfN), in relation to biodiversity, are fully recognized as being able to be mobilized for the mitigation and adaptation to climate change. The Federation considers that the fight against the consequences of climate change is essential, but that it is also essential to work on adaptation to said change. To do this, Cinov pleads for investment in NBS (forests, soils, agroecology, mangroves, etc.), the development of capacities to extract carbon dioxide from the atmosphere and the strengthening of carbon rights trading mechanisms, in particular to overcome their physical limitations.

The Cinov Federation shares the ambitions of COP 26 which insist on the need for nearly 50% decarbonization on a global scale by 2030 - a date that has become as important as 2050, a fortiori if we want to keep the Paris Agreement target of a warming threshold of less than 2 ° C.

As a private sector player, Cinov fully supports the agenda for the coming year in order to raise the level of ambition and deployment in the “zero carbon race”, both in France and in the rest of the world. world. “In France, this is reflected, for example, in the commitment to deploy RE2020 in the building sector, the Ecological Transition Relaunch Contract in the regions, and the GHG assessment with objectives based on the SNBC or on the science, as an extension of the latest version of the ISO 14064-1 standard for companies and communities ”explains Idriss Kathrada, president of the Sustainable Development Commission of the Cinov Federation.

"In the rest of the world, this support is based in particular on the initiatives of the Global Alliance for Buildings and Construction (GABC) and Construction 21, which support the raising of the level of requirements and the dissemination of good practices" explains Mr Kathrada.

The support of the Cinov Federation also goes through the promotion of the Climate Charter of the International Federation of Consulting Engineers (FIDIC) - of which Cinov is a member alongside 100 national and regional engineering associations.