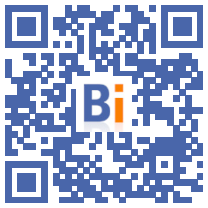 "It was like a big explosion", "I thought it was a plane that had fallen": in the small Provencal port of Sanary-sur-Mer (Var), neighbors are in shock after the collapse of a building in the old city center that left at least one dead.

A woman and a baby were able to be pulled out of the rubble, injured but alive, while three people were slightly injured. The firefighters, helped by dogs and significant resources, search the ruins to try to find two other people, a man and a woman missing.

The explosion shook this city on the Mediterranean coast, already adorned with its Christmas decorations, garlands and multicolored balls: "For the Christmas events, everything that was planned this week is canceled", announced the mayor Daniel Alsters, evoking "general emotion" of the 15.000 inhabitants.

“It was like a big explosion, a loud thud. I was at my window but I saw nothing, no one was running in the street which was quiet.

I said to myself that I had dreamed, ”says Anita Lonvis, who lives a hundred meters from the three-story apartment building that collapsed around 04:00 am.

“I thought it was a plane that had fallen,” adds her friend Habi, who lives a little further away in the neighborhood and prefers not to give her last name.

The building, located between two creperies, was blown away by an explosion whose origin remains undetermined. But rescuers, like witnesses, said they smelled a strong smell of gas.

"It is more than a place of life, it is the city center, there is next to the bandstand, the carousel, a beautiful view of the port, the most beautiful market in France and the two creperies , the establishments of Sanary which make the most covers in the year. And on the ground floor of the collapsed building, there was the glacier of the port ", tells Philippe Brondi, owner of a boat school whose offices are located on the first floor of the adjoining building.

"We were warned around 04:20 am by the police and firefighters, who asked us to come and see if there was anyone sleeping in our offices, we sometimes stayed in it when we finished late but we are in winter and there was nobody, "he continues:" We were moved away, but we found that the first person evacuated had a female voice, it was the mother, then the baby ".

Philippe Brondi tells AFP the acrobatic evacuation of people from an adjoining three-storey building: the firefighters "made them exit by means of the crane or a large ladder, by the front of the Galion (Editor's note) (the second crêperie) There was a granny on the second floor and a waiter on the first floor who came out through the roof of the Galion ".

For the mayor of Sanary, the building which collapsed was "in no way dilapidated", even if it "had its age, like all the buildings in the old center".

In the middle of the day, dump trucks followed one another in front of the collapsed building to remove the rubble.

On the wall of the adjoining building, where the 3rd floor of the collapsed building was, a coat rack remained attached to the wall above the void, with clothes and a shopping bag hanging, witnesses to the lives of the tenants who resided there.