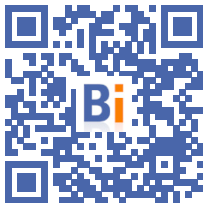 The Bouygues group confirmed its annual growth targets on Wednesday, November 16, in a changing general environment, before the integration of Equans, which should enable it to accelerate in the buoyant sector of energy transition services.

The French construction, media and telecoms giant saw its revenues grow by 8% for the first nine months, to 29,677 billion euros, according to its results published on Wednesday.

Almost all of the group's businesses show an increase in activity (always achieved for three quarters by construction and services, at 22,4 billion euros over nine months).

In particular Colas, the transport infrastructure branch, is at +18%. Main factors, the contribution of Destia (Finnish market leader), the dynamism of road contracts, particularly in North America and Europe, a major rail contract (the Birmingham tramway, for 192 million euros), but also the price impact (energy, bitumen).

This increase in costs also penalizes the profitability of Colas, but the group wants to be reassuring, and evokes "protection mechanisms" to preserve its margin.

For Bouygues Immobilier, no excessive concern about inflation, "compensated" by the rise in selling prices, Pascal Grangé, the financial director, told journalists. On the other hand, the order book is down 16% compared to the end of September 2021, the inflationary context lengthening the negotiation times for calls for tenders in the residential sector and the tertiary market remaining "wait-and-see".

TF1 saw its turnover grow by 5%, to 1,74 billion euros, with a decline in net profit in the third quarter due to a drop in advertising revenue.

As for Bouygues Telecom, revenue billed to customers amounted to 4,2 billion euros, up 6%, with the boom in mobile and fixed customers. The chief financial officer of the electricity group until 2024.

Biggest takeover in its history

For the future, the Bouygues group, present in more than 80 countries and with 200.000 employees, observes a "solid commercial dynamic in telecoms and an order book in construction and services offering good visibility on the activity". It thus confirms its objectives for 2022, in this case "a further increase in its turnover and its current operating profit".

However, he "remains very vigilant with regard to macroeconomic developments and their repercussions on activities and results".

Whether it is a health crisis, inflation, movements in interest rates... "all these subjects are factors of uncertainty", underlines Pascal Grangé. Geographically, the most uncertain regions are "perhaps the countries adjoining Ukraine", where inflation rates exceed 20%, he says, adding that Colas makes "only" 600 million euros there. annual income.

Wednesday at the Paris Stock Exchange, the title fell by 4,63% to 29,06 euros per share shortly after 11:00 a.m., in a market down 0,46%. A note from Oddo analysts mentions in particular "the degraded outlook for margins (at Colas)".

For the last quarter of 2022, Bouygues will have integrated Equans into its accounts, the acquisition of which it finalized from Engie at the beginning of October, the largest takeover operation ever carried out by the group created in 1952. This takeover at 6,5 billion d euros should enable it to accelerate energy and digital transition services.

Equans "will participate in the resilience of the group", underlines Pascal Grangé, thanks to "a natural tendency for the growth of these activities, a very strong dispersion of contracts in number and in geography, and with fairly loyal customers. is also a profession that does not require large investment cycles".

The new group, which will integrate Bouygues' Energies & Services division in January, will represent around 17 billion euros in turnover.