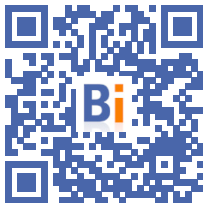 The French construction giant Bouygues published on Thursday May 12 a sharp decline in net income in the first quarter of 2022, due in particular to the resale of Alstom shares, despite a turnover increasing by 6% to 8,2 billion. euros.

Another factor weighing on the results of the first quarter, "all the work we are doing both for the merger between TF1 and M6 and the work we are doing to prepare for the acquisition of Equans", which translates into costs important lawyers, said Pascal Grangé, Deputy CEO and Chief Financial Officer, during a conference call.

However, the first quarter is not representative of the year and often results in a loss due to the strong seasonality of its activities and in particular those of its subsidiary Colas, which is subject to the vagaries of the weather in winter, which slows down the progress of construction sites and road infrastructure.

"At the end of March 2022, the order book for construction and services activities was up by 4% at 34,6 billion euros, a high level which offers good visibility on future activity", also indicated the band.

"Vigilance" on the situation in Ukraine

Asked about the TF1 merger project with M6, Pascal Grangé indicated that “the project is progressing in accordance with what we thought”, specifying that in case it did not happen, the group had an alternative.

"Naturally we have a plan B", affirmed the deputy managing director, adding that "if this scenario were not to happen, in any case the evolution of the market as we see it will require an evolution at TF1 and obviously the teams from TF1 are working on it".

For 2022, the group recalls "to expect a further increase in its turnover and its current operating profit compared to 2021".

These outlooks "are understood on the basis of the elements known to date, excluding new unfavorable developments in the situation linked to Covid-19, excluding the acquisition of Equans (a subsidiary of Engie, editor's note), and excluding the merger of TF1 and M6,” the band says.

The group also indicates that it is "very vigilant as to the indirect consequences linked to the conflict between Russia and Ukraine" and stresses that "these prospects are subject to the absence of any further major deterioration in the current macro-economic and geopolitical context".

At this stage, the group mainly deplores "indirect" consequences, the group's activities in Russia, which have been stopped, being "extremely weak".

The group is essentially monitoring rising raw material prices and logistical difficulties, which "are under control" at this stage.