The collection of Livret A slows down in May 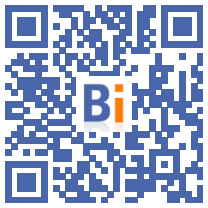 The Livret A in May experienced a collection of around 1,8 billion euros, a significant slowdown compared to the previous month, according to figures published by the Caisse des Dépôts.

In April, this very popular investment posted a net inflow of 2,95 billion euros. In May 2020, it had drained almost four billion in net, an exceptional level however linked to the first containment implemented to contain the spread of the Covid-19 epidemic.

"With its public holidays and long weekends, the month of May is not traditionally a promising month for the Livret A", commented in a note Philippe Crevel, director of the Cercle de l'épargne, a think tank on l savings and its regulations.

A little more than 16,7 billion euros were nevertheless placed on this product during the first five months of the year, still net.

For its part, the Sustainable and Solidarity Development Booklet (LDDS) collected 510 million euros net in May, against 840 million in April and a little over a billion in May last year.

Thus, the inflows recorded by the Livret A and the LDDS together amounted in May to 2,32 billion euros. Over the January-May period, it reached around 20,7 billion.

The Livret A mainly finances social housing, while the LDDS is dedicated to the social and solidarity economy, as well as to energy savings in housing.

"Consumption has been trending downwards since March even if the fall is, from confinement to confinement, less significant. The savings suffered undoubtedly fell from May but we will have to wait for the results of the month of June to really appreciate the evolution of consumption and savings, "underlines Mr. Crevel.

And according to him, "with the reopening of bars and restaurants as well as with the summer holidays, the Livret A should register in the coming months a fairly logical decline, after an exceptional first part of the year".

At the end of May, 469 billion euros were placed in total on the two books, an increase of about 8% over one year.