Arkema finalizes the acquisition of adhesives from the American company Ashland 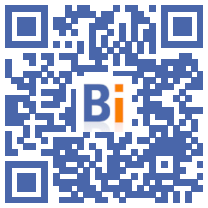 The French chemical group Arkema has announced that it has finalized the acquisition of the "performance adhesives" activities of the American group Ashland, announced for 1,65 billion dollars.

This operation carried out by Bostik, a subsidiary of Arkema -world number three in industrial adhesives-, is part of the strategy of refocusing on specialty materials of the French chemical group, he recalled in a press release.

It should also make it possible to strengthen Arkema's presence in the United States, while allowing Ashland's products to benefit from the international network of the former Total subsidiary.

Ashland Performance Adhesives is presented as "a major player in pressure-sensitive adhesives, in particular in decorative, protective and signaling films for the automotive and building industry".

The activity, which employs 330 people with six production units, achieved in 2021 a turnover of around 360 million dollars, with a gross margin above 25%, said Arkema.

It also holds "leading positions" in structural adhesives, and is present in flexible packaging adhesives, according to the statement.