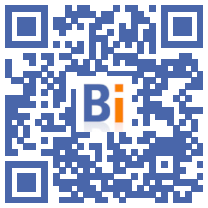 The management company Ardian joins the American fund TA Associates in the capital of the French insurance broker Odealim, which specializes in the real estate market, it announced on Wednesday June 1.

This equal investment between the two main shareholders "will allow the company to move on to the next phase of its development by creating an integrated leader in the real estate segment", specifies Ardian in a press release.

Odealim, ex-AssurCopro, achieves more than 160 million euros in turnover, again according to its new shareholder.

The amount invested has not been disclosed but it is in the "low range" of the Ardian Buyout team's investment policy, with tickets between 180 million and 700 million euros.

TA Associates has been a shareholder of Odealim since 2018 and the buyout of Eurazeo PME shares. The management team and the French fund Raise are also present in the capital.

Ardian also owns a minority stake in Diot-Siaci, a brokerage giant born from the merger at the end of last year of Siaci Saint Honoré and Diot.

The French management company presents itself as one of the world leaders in private investment with 130 billion dollars managed or advised in Europe, America and Asia.