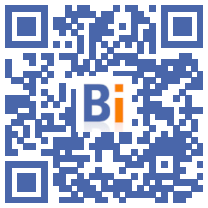 Thursday, December 3, 2020, Nicolas Vuillier, president of the National Union of Quarry and Construction Materials Industries (UNICEM), took stock of the year 2020 of the construction materials activity.

The results show, unsurprisingly, a strong impact of the health crisis on activity with forecasts expected for this year at -8% for aggregates and -10% for ready-mixed concrete (BPE). In 2021, the economic and institutional environment would remain too heavy to envisage a marked rebound in production. The ready-mixed concrete and aggregates business would struggle to exceed 2020 levels and would still remain well below those of 2019.

The Covid-19 has shaken all forecasts

While activity indicators for the beginning of 2020 seemed rather well oriented with a certain strengthening of the production of materials, the arrival of the Covid-19 epidemic caused an unprecedented shock for the entire economy. French. The “quarries and materials” sector was not spared and suffered a very significant drop in its activity. In April 2020, the month most affected, volumes contracted by nearly 60% compared to April 2019 for aggregates and by 70% for ready-mixed concrete.

The announcement of deconfinement in May resulted in a rebound in activity during the summer before October came to moderate this catching-up movement.

Despite the rapid and vigorous rebound in deliveries of materials at the exit of containment, the production losses between March and May will not be met. The second confinement, which admittedly allowed the continuation of construction sites, will still impact the sector in the long term via its deleterious effects on growth and the confidence of economic agents.

2020 should therefore end with a contraction in activity of around -8% for aggregates and -10% for ready-mixed concrete (raw data).

Ready-mixed concrete deliveries will thus be 5% below their average for the past 10 years, at 36,3 million m3.

As for the production of aggregates, it would reach 326 million tonnes, a level of 10% below the average of the last 10 years (358 million tonnes), a decade marked by the financial crisis of 2008. This This period of crisis was also accompanied by a new approach to meeting aggregate needs with, in particular, the boom in the production of recycled materials but also their recovery directly on construction sites. As a result, production levels have become structurally lower today than 20 years ago. Moreover, in 2020, the quantity of aggregates extracted will reach its lowest historical level in 40 years.

No real rebound expected in 2021

After this year 2020, which can be described as "extraordinary", with activity put on hold for several months, several factors could allow us to find increasing figures: recovery plans, housing needs, renewal investments or infrastructure maintenance, continuation of private operator projects, etc., all against a backdrop of a health crisis that is more under control. But the constraints remain numerous, and professionals in the sector are showing their concerns: nearly 90% of business leaders expect a drop or a sharp drop in activity in the next 6 months (UNICEM opinion survey - November 2020).

While housing starts have well observed a rebound since the first deconfinement, this is not the case for permits, which remain weighed down in the residential and non-residential segments. Likewise, the new housing market showed no catching up in transactions in the third quarter and developers remain worried about the evolution of demand.

The health crisis, which was coupled with an economic and social crisis, introduced new parameters into the equation of demand for materials: the risks of business bankruptcies, the fear of unemployment, the loss of household purchasing, but also upheavals in consumption and working patterns are all factors that modify the real estate investment behavior of companies and households and pull down order books in the building sector.

In other words, if the resumption of current housing projects is fueled by pre-crisis orders, the books are no longer filling.

Beyond the deleterious effects of double containment, the context for public works is also suffering from negative factors. Between sequences of confinements and an extended electoral calendar, local authorities are struggling to mobilize to relaunch calls for tenders. In this context, the allocation of funds from the recovery plan to works is likely to fall behind and spread over time when the situation would require a rapid translation of the announcements.

UNICEM also alerts the public authorities to the need to activate the lever of public procurement in order to restart activity in the territories and to favor the supply of local resources to support employment and economic development.

Beyond these bleak prospects, UNICEM also warns of certain brakes that could further restrict the potential recovery of the sector.

RE2020: brutal announcements likely to destabilize the industry

Following recent announcements by Ministers Barbara Pompili and Emmanuelle Wargon on Environmental Regulations for Buildings (RE2020), the federation is expressing its questions about their potential consequences in the short and medium term on the activity of the sector. The risks of disruption are real even though it has been part of a virtuous circle of circular economy for several years, with the challenges of sustainable development in the construction sector being taken into account through the prism of the analysis of the overall life cycle of the materials used.

In addition, business leaders are particularly worried about the possible institutionalization of a distortion of competition between materials. However, for many years the industry has advocated a mix of materials, with an approach based, in particular, on using the right material in the right place.

The quarrying and materials industry is extremely worried about the lack of visibility regarding the future extended producer responsibility (EPR) chain scheduled for January 1, 2022

The circular economy has long been a reality in the mineral industry. Today, the extractive industries and building materials sector is a major and recognized player in the recycling and material recovery of inert waste.

This constant mobilization made it possible to exceed, from 2018, the threshold of 70% recovery rate set by the European Union for 2020. Inert building waste (33,5 million tonnes) is thus already recovered to the tune of more than by 80%, thanks to a network of 1 platforms operated by UNICEM members and distributed throughout the country. Because the AGEC law sets as a principle that construction or demolition waste is taken back free of charge when it is the subject of separate collection, an eco-organization should be created to finance this separate collection of inert waste by the levying of an eco-tax on construction products and materials. This would lead to a very significant economic drain on the mineral industry, of more than 380 million euros per year, unparalleled at the level of existing PWRs on economic players and without the consequences having been properly studied.

At a time when ADEME must present the results of its foreshadowing study of this future PWR sector, the quarry and materials industry cannot be sure of being listened to, especially since the free recovery will not address the issue of illegal deposits and illegal installations. Unauthorized deposits are mainly carried out by individuals or entrepreneurs who are unscrupulous or who carry out their activities in illegal conditions (concealed work).