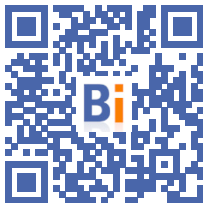 People from low-income families are much more likely to have a low standard of living in adulthood if they have grown up in certain regions, reveals a study published Thursday, which emphasizes the usefulness of policies dedicated to low-income populations. mobile and not graduates of these territories.

Rather than an opposition - commonly mentioned - between rural and urban areas, or between city centers and "Peripheral France", this study carried out by France Strategy highlights "inequalities of destiny" between regions.

"Having grown up in a rural or peri-urban area does not reduce the standard of living prospects of children of modest origin", conclude the authors, Clément Dherbécourt and Gustave Kenedi.

On the other hand, "Territories with low prospects for living standards are concentrated in the North and South of the country: former regions of Languedoc-Roussillon and Nord-Pas-de-Calais, Corsica, departments of Aisne, Ardennes, Var and Vaucluse ", they detail.

To respond to the question "How much does a person's standard of living depend on where they grew up?", the two economists studied statistical data concerning 80.000 people, children of workers or employees, born between 1970 and 1988. They crossed the current standard of living of these people with the place where they spent their adolescence - which 'they still live there or not.

Result: the "income prospects in adulthood increase with the level of wealth of the territory of origin". Thus, people of modest origin who grew up in Ile-de-France have a median standard of living in adulthood of 1.730 euros, compared to 1.474 euros for those who grew up in Nord-Pas-de-Calais.

This is explained by the differences in wealth between regions and also by the fact that, everywhere, modest households are much less mobile than wealthy families.

Gold, "What really sets regions with low prospects for living standards apart from others is the very low standard of living for non-tertiary graduates who have not emigrated" in other regions, observe the authors.

In an attempt to reduce these disparities, the public authorities should therefore think about "mobility incentives" to help some households to "reach regions with better employment prospects", they suggest.

However, this should not be, according to them, the only course of action because changing regions can have a "significant cost to the well-being of individuals".

For economists, it is therefore also advisable to consider in these most disadvantaged territories "socio-fiscal incentives for the relocation of quality work stations", but also to develop public jobs there.