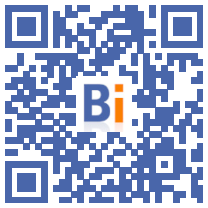 Thanks to 3.000 sticks of dynamite, one of Donald Trump's former hotel-casinos in Atlantic City, symbol of bankruptcy of the former flamboyant promoter, was reduced to a pile of rubble on Wednesday.

The former businessman's first establishment in the East Coast gaming empire, during his iconic era of success, the Trump Plaza has proven to be a money pit. It had been empty since 2014 and little or no maintenance.

With the push of a button, the controlled implosion took place shortly after 09:00 a.m. (14:00 p.m. GMT) in this coastal New Jersey town. A show loaded with symbol, less than a month after the departure of Donald Trump from the White House.

Since 2016, the two-building complex belonged to investor Carl Icahn, who was one of the main creditors of Donald Trump's Atlantic City branch.

In mid-June, in agreement with Carl Icahn, the mayor of the city, Marty Small, announced the demolition of the old casino, at the latest in February 2021, after having taken legal action because he considered the building dangerous for the residents.

On several occasions, during storms, pieces of the facade had fallen on the seaside promenade, which runs alongside the establishment.

Donald Trump had already obtained, in 2014, that his name be withdrawn from the casino pediment, after having taken legal action, believing that the establishment was damaging the image of his group.

The former US president has owned up to four casinos in the North East Coast gambling capital. The Trump Plaza, but also the Trump World's Fair, closed in 1999, the Trump Marina (formerly Trump's Castle), sold by its creditors in 2011, and the Trump Taj Mahal, closed in 2016.

The subsidiary of Donald Trump's group which managed its activities in Atlantic City, Trump Entertainment Resorts, filed for bankruptcy three times, in 2004, 2009 and 2014, weighed down by debt each time.