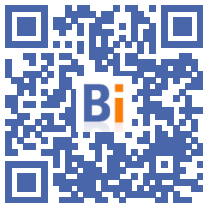 The economic recovery is finally shaping up to be a little stronger than expected this year, according to INSEE, which now expects growth of 6,25%, the fourth wave of the epidemic and the health pass not having slowed down. the recovery started in the spring.

The National Institute of Statistics on Tuesday slightly raised its growth forecast for 2021 compared to its previous estimate of 6% published in early July.

This new forecast is now higher than that of the government, which at this stage expects an increase in gross domestic product (GDP) of 6%, after the historic recession of 8% last year.

This forecast "confirms the strong dynamics of the French economy", welcomed the Minister of the Economy Bruno Le Maire, in a statement sent to AFP.

It "marks the effectiveness of the current economic recovery" and "the commitment of French businesses, employees and consumers to restarting our economy," he added.

Not only was the rebound in activity and employment better in the first half of the year, but "the notable fact of this summer is that we experienced a fourth epidemic wave, and that despite this new wave, the recovery s 'is continued, "said Julien Pouget, head of the economic department at INSEE during a press conference.

Even the health pass, introduced in cinemas, places of leisure, shopping centers or restaurants, would have only "moderately affected" these sectors, even if the impact was slightly greater for restaurants, estimates the Insee.

Enough to consolidate the government in stopping whatever it costs and in its new strategy of "tailor-made" support to companies still penalized by the pandemic.

Especially since, according to INSEE, the amplification of vaccination should support consumption in sectors subject to the pass.

More broadly, the institute predicts that household consumption, the traditional engine of French growth, will catch up by the end of the year compared to its pre-crisis level.

The French still have a considerable savings surplus, which reached 157 billion euros between the start of the health crisis and the end of June 2021, according to data from the Banque de France published on Tuesday.

In the event that the health situation does not impose new restrictions, INSEE now expects GDP growth of 2,7% in the third quarter (after stability in the first and + 1,1% in the second), then 0,5% to the fourth.

The French economy would thus return to its pre-crisis level at the end of 2021, a level from which it is no longer very far.

After a "peak" in June, activity would have remained "relatively close to its pre-crisis level" in July and August, between -1% and -0,5% below the level of the fourth quarter of 2019, according to INSEE.

But these figures do not erase the particular difficulties of certain sectors, such as transport and the hotel and catering industry which continue to suffer from the consequences of the pandemic, in particular the lower frequentation of France by foreign tourists or the reduction in travel to France. 'business.

In addition, INSEE notes the uncertainties that still weigh on the recovery, in particular because of the tensions on the supply of companies and recruitment.

More and more companies are reporting difficulties on both fronts.

If the recruitment problems, which are still below their pre-crisis level, could weigh on growth "in the medium term", according to Julien Pouget, the situation is different with the tensions on supplies: they are already severely penalizing certain sectors. , such as automobiles or construction, through shortages of raw materials and rising production costs.

However, INSEE remains cautious about the risks of an acceleration in inflation. It maintains its forecast of an increase "at least occasionally" a little above 2%.