46 dead in building fire in Taiwan, one of the deadliest in the world 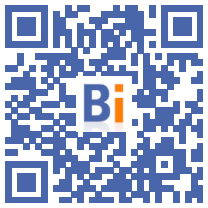 Forty-six people died and dozens more were injured in a fire that broke out on Thursday at a building in southern Taiwan's Kaohsiung city, one of the deadliest in a building in home for 20 years in the world.

The fire broke out in a 13-story mixed-use building in the wee hours of the day, authorities said. It devastated several floors of the building, transformed into a huge blaze, before the firefighters managed to control it.

"The fire left 41 injured and 46 dead," Kaohsiung firefighters said in a statement.

Once the day broke, the extent of the disaster appeared in its full magnitude, with the facade of the building blackened to its full height and most of the windows smashed.

Most of the victims were between the seventh and eleventh floors, which housed apartments, according to firefighters.

The first five floors, intended for commercial use, were unoccupied.

City firefighters dispatched more than 70 trucks to tackle the blaze, which they took four hours to put out.

Residents said they heard loud noises on the lower floors where the fire started.

"I heard a lot of loud bangs + bang, bang, bang + on the ground floor and went downstairs to see what was going on," a resident of the building whose name is no. 'was not specified.

"It was then that I realized there was a fire and called the police," he added.

Another survivor described her grueling escape: "When I opened the door to exit, the hallway was filled with black smoke," she said.

At nightfall Thursday, the police announced that the rescue services had ended the search in the building, without having discovered any new victims.

Survivors estimated that around XNUMX people lived in the building according to police officer Mr. Liu.

Authorities have yet to rule out the possibility of arson, he added.

This fire has been one of the deadliest in Taiwan for several decades. The last one with a death toll of a similar magnitude dates back to 1995, when 64 people died in a crowded karaoke club.

It was also one of the deadliest apartment building fires in 20 years worldwide.

Frequently hit by earthquakes and typhoons, Taiwan has strict building codes, but there is often a gap between these safety standards and the way they are enforced, especially in older buildings.

Some of the heaviest tolls in recent earthquakes have come from the collapse of old buildings, which were not designed up to standard.

Earlier this year, 49 people were killed when a train slammed into a truck that had slipped on the tracks, in the island's worst rail disaster in decades. Subsequent investigations revealed that government agencies had ignored warnings about the possibility of such an accident on this particular stretch of the mountainside.

The deadliest building fires in 20 years

The fire that killed 46 people on Thursday in Kaohsiung, southern Taiwan, is one of the deadliest in an apartment building in 20 years worldwide.

In June 2010, a gigantic fire killed some 120 people while devastating Kayettuli, one of the most densely populated areas of Dhaka. The fire spread to multi-storey apartment buildings.

In June 2017, 72 people died in the fire of a 24-story public housing tower, the Grenfell Tower, located in a working-class enclave in the affluent district of Kensington, West London. The facade panels are believed to have contributed to the virulence of the fire.

In February 2019, at least 70 people died and 55 were injured in a massive fire that ravaged apartment buildings in Dhaka where chemicals were illegally stored. A deluge of fire descended on the alleys of the district of Chawkbazar, one of the oldest and densely populated parts of the capital. The fire would have started from a gas cylinder in a residential building before spreading very quickly to adjacent buildings in contact with stocks of chemical substances.

In November 2010, 58 people died in the conflagration of a 28-storey high-rise apartment building in Jingan, one of the most populous and most commercial districts of Shanghai (East). The building was under renovation.

Also in China, 19 people were killed and 25 others injured in a fire in March 2002 that ravaged a nine-story building in Nanchong, in Sichuan province (southwest). The fire broke out in a wholesale market set up on the first three levels before spreading to the apartments above.

In September 2005, 18 people died and 28 were injured following a fire in the entrance hall of a social housing tower in L'Haÿ-les-Roses, south-east of Paris, which spread thick poisonous smoke in the 18-story building. Four young girls admit setting fire to a letterbox over teenage quarrels.

In April 2011, 18 people died and around XNUMX were injured in the fire in a four-storey building in the Daxing district (South of Beijing), triggered by an electric scooter parked on the ground floor which set the building ablaze. building, built without a permit.