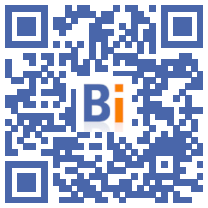 How to promote the deployment of wind power in France, struggling with regard to the country's energy and climate objectives? Government and industry on Tuesday proposed measures to reassure territories and residents, against the backdrop of a smear campaign between "disinformation and sincere concerns".

"Renewable energies, including wind power, are vital to guarantee France's energy security and fight against climate change. But my duty is to find the means of controlled and responsible development", said during a press conference with Minister for the Ecological Transition Barbara Pompili.

State and industrialists, who explain wanting to "dispassionate the debate", want to further strengthen the "co-construction of projects": compulsory prior consultation of the mayor, support for the development of citizen parks, creation of "regional energy committees" co-chaired by the State and the region to set local objectives ...

The prefects, responsible for mapping suitable areas, should submit their work by November, which will be public. A "wind power mediator" will be installed at the ministry to work on "potentially problematic" projects.

Far from the cruising speed

Against nuisances, there will be a "sound restriction in the event of exceeding the authorized thresholds", with "systematic noise controls" from January 1.

Against the light impact, the orientation of lights towards the sky will be generalized from the end of 2021. From mid-2022, the signals will be, as in Germany or the United States, only on when planes pass by. , the time that fleets and aircraft are equipped with transponders allowing them to communicate.

The sector will finance, from its electricity sales, a "fund for the preservation of the natural and cultural heritage" of the territories, endowed with 30 to 40 million euros per year.

France increased its wind power generation capacity by 2020% in 8, with 1,3 gigawatt (GW) and 477 additional wind turbines, bringing the entire park to 18 GW, according to a report from France Wind Energy (FEE) published on Tuesday. Wind power provided 7,9% of national electricity production (6,3% in 2019), the 3rd source behind nuclear (around 70%) and hydropower.

But this growth "stalled", notes the sector, far from the "cruising speed" hoped for of 2 GW additional per year. In question, he points out, the delays in authorization procedures, whether it is almost systematic appeals or administrative blockages.

The first offshore park, that of Saint-Nazaire, should be commissioned in 2022, after 10 years of delay.

"In France, 2/3 of final energy consumption is still based on oil and gas", recalled Ms. Pompili Tuesday: to decarbonize, it will be necessary to electrify uses (transport, heating ...) and therefore " increase our production of renewable electricity now ".

Noting, on the occasion of FEE's assessment, the "virulence of the debate" underway on wind power, between "disinformation" and "sincere concerns of local residents", she attacked the "untruths" circulating on this energy, whether it concerns its materials (90% recyclable, she pointed out) or its intermittence (controllable).

She also stressed that nuclear power alone, regardless of the decisions taken about it, could respond to the boom in electricity demand expected over these 10-15 years. "To oppose renewables and nuclear makes no sense: for the decades to come we will need all sources of carbon-free electricity production and therefore both nuclear and all renewable energies," she said. .

While the presidential campaign is taking off, the players in the sector have put forward their proposals, deemed "responsible", and called for a "rational" debate.