Wind of opposition against sand quarry projects in the countryside 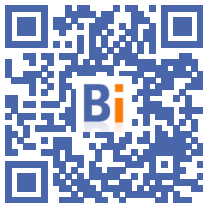 In Saint-Colomban (Loire-Atlantique) as elsewhere in France, the opening or extension of sand and gravel quarries used in the construction industry arouses growing opposition from local residents, who denounce their environmental impact and demand a more reasoned use. of this resource.

"The sand pits are three kilometers away, but they will probably meet in the long term, which would represent 300 ha exploited, because there is a strong demand for concrete in the region", worries Benjamin Boileau, member of the collective La tête dans sand (LTDS).

Consumption of agricultural land, drying up of water resources, rising land prices, loss of biodiversity, landscapes dotted with "gigantic water holes" surrounded by earthen ridges: there are many complaints against quarries. France consumes 350 million tonnes of aggregates per year for construction.

Jean-Claude Camus, local resident, particularly fears a drop in the level of groundwater. "When you dig a hole 18 meters away, you pump out the surrounding water. GSM has already come to my house six times to fill my pond," says the retiree.

Asked by AFP, the industrialist replied that "everything is being done to control the possible incidences". Lafarge ensures, for its part, to monitor "closely the potential effect of [its] activities on (...) the level of water tables and bodies of water".

"More than a + consumption + of land, we consider our operation as a + loan +", pleads Loïc Leuliette, communications director of Lafarge France. Once exploited, "the land is quickly rehabilitated to give it back an agricultural vocation whenever possible," he says.

But for the opponents, "to find agricultural land with the original qualities is illusory".

Faced with this challenge, the mayor of Saint-Colomban Patrick Bertin plans to consult the population on January 9.

"If the sand comes from further away, we multiply the trucks. If it is extracted at sea, we destroy the marine ecosystem. In the Pays de Retz, we have programmed the construction of 1.600 housing units per year, and one housing unit. , it is 200 to 300 tons of sand. Tell me how to make housing without sand? ", he asks.

Anti-quarry collectives, "against concreteization", are emerging everywhere in France: in Savoie, in the Var, the Yvelines, the Loire, the Eure, the Ardèche ... "There are more and more opponents to the opening of new quarries, but it is often out of ignorance, "said Sébastien Colin, geologist at the Bureau of Geological and Mining Research.

In its White Paper presented in 2017, the National Union of Aggregate Producers, which represents the profession, calls for "more transparency and public participation to improve the acceptability of the activity".

Second most exploited natural resource by volume after water, with a demand that has tripled in twenty years, according to the UN, sand is used in the composition of concrete, glass, microprocessors, roads, fertilizers, tires, paints , cosmetics, etc ...

In France, which has 2.300 aggregates quarries, there is "no shortage" but "a problem of access to the resource", explains Sébastien Colin. "Some regions are under pressure due to a deficit of quarries, an exhaustion of deposits or their inaccessibility with urbanization".

In Loire-Atlantique, the sandblasting of market gardening to promote growth and mechanical collection, also raises many questions. When questioned, the Nantes market gardeners federation evokes an "essential ancestral, stable and hyper-optimized" consumption of around 500.000 tonnes per year.

"We consume too much sand in the world," warns Eric Chaumillon, professor of marine geology joined by AFP. "It is not sustainable for a non-renewable resource that takes at least several millennia to form," he continues.

To prepare for the future, the carriers are saving resources and developing the recycling of demolition concrete.

But for Jean-Christophe Gavallet, president of the FNE Pays de la Loire, "sand is still too inexpensive to justify innovative policies for the search for alternative materials".