Wages in professional branches: the government will bring together the social partners 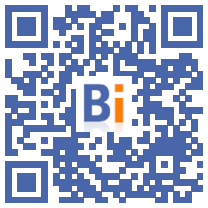 The Minister of Labor Olivier Dussopt will bring together unions and employers next week to encourage the professional branches to negotiate revaluations on low wages, against a backdrop of galloping inflation, he announced on Friday 1 July.

The government's objective is to avoid too great a "smicardisation" of salary grids in a number of sectors of activity deemed too high.

"We have a little more than 110 branches out of the 170 which have at least a theoretical level of remuneration lower than the Smic, there is a lot of work to update", declared Olivier Dussopt on Europe 1.

According to the latest figures from the ministry, on June 17, of the 171 branches followed by the general scheme covering more than 5.000 employees, 120 displayed a grid comprising at least one coefficient lower than the minimum wage in force.

Mr. Dussopt will meet "next week" the follow-up committee for branch wage negotiations, made up of the social partners, which "will also be an opportunity to say that the government is committed to ensuring that the law is respected".

The "automatic" revaluations of the Smic which could take place soon due to inflation risk aggravating the situation of certain salary grids left fallow for lack of regular negotiations.

"Each time the Smic is increased, there is a proven risk that the first levels of the branch minima will be below the Smic", explained the minister.

"That does not mean that employees are paid below the Smic, it is illegal", but that there is a "risk of having to wait several years of seniority to take off from the level of the Smic (which is commonly called the "smicardisation" of remuneration, editor's note), and therefore the branches are required to open negotiations on their minima".

Otherwise, the minister brandishes the threat of a merger of branches, "in a logic of reduction" of their number "which we have been pursuing for several years", he recalled.