Vicat benefits from demand and good cement prices in 2021 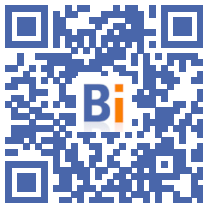 The group took full advantage of the global economic recovery and saw its sales grow by 11,3% to 3,12 billion euros (published data), while net profit group share grew by more than 30%, to 204 million euros, he announced Tuesday evening February 15 in a press release.

"The dynamics of our markets remain unchanged, supported by favorable prices in a context of sustained demand. They make it possible to offset the sharp increase in energy costs and the increase in wages", declared the group's CEO Guy Sidos , quoted in the press release.

All the regions in which the group operates saw their sales increase. However, Europe saw its sales decline by 7,1%, penalized in the second half by the sale in Switzerland of Créabéton Matériaux. However, it increased by 3,8% at constant scope and exchange rates.

France, the group's leading market with more than a third of sales, grew by 11,5% compared to a year 2020 during which the pandemic had brought a halt to the first half.

In this market, despite a health context "which remained restrictive", the 2021 financial year "was marked by strong growth in the first half, and a moderate decline in the second half due to an unfavorable basis for comparison, and the growing impact of soaring energy costs," the group said.

With regard to its investments, the group intends to continue the decarbonization of its manufacturing processes and its products. With this in mind, it is notably continuing the construction of the Ragland kiln in the United States, which operates without coal and should be commissioned during the first half of 2022.

Despite the continued rise in energy costs, the group expects, thanks to an "expected rise in prices", a further increase in its results during the 2022 financial year, which should be characterized by a "strong seasonality", with "an unfavorable basis of comparison" in the first half, due to the "significant increase in energy costs" and "a marked improvement in the second half".