Vast real estate scam: Apollonia will be tried in Marseille 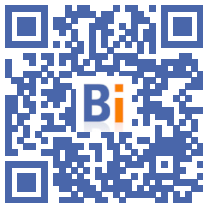 They dreamed of building up real estate at a lower cost, but ultimately lost nearly a billion euros: the Apollonia company and 13 other defendants will be tried in Marseilles for a vast fraud against some 700 investors.

Fourteen years after the first complaints, the Marseilles investigating judge Valéry Muller issued an order for referral to the criminal court (ORTC) in mid-April in this sprawling file that AFP was able to consult. The trial is expected to take place in the spring of 2023.

Among the main defendants are the asset management company Apollonia based in Aix-en-Provence (Bouches-du-Rhône), its founders: the couple Moussa-Jean Badache, a 67-year-old former merchant, and his wife Viviane, 65 years, beautician, as well as their son, Benjamin Heysen-Badache, 44 years old, who was at the helm of the company for a time.

In the early 2000s, Apollonia experienced a spectacular boom which led it to make the front pages of economic newspapers. His secret? Offer wealthy clients, mainly from the medical community, real estate investments in order to build up assets for their retirement.

The mechanism seemed all the more attractive as "the combined effects of these tax advantages and income from the rental of properties were supposed", according to the promoters of the project, to guarantee customers "the self-financing of acquisitions enabling them to to build up, almost without a purse, an important heritage on the edge of their retirement", summarizes the examining magistrate.

But the entry ticket to reach this "Grail" was high, the investor having to justify more than 23.000 euros per year of his rental activity.

An imperative that has led to the proliferation of acquisitions for amounts between 800.000 and four million euros by investors. In the end, hundreds of them accepted the deal. Today, 690 have joined as civil parties.

Because, the promised self-financing "was only a mirage", underlines the judge in his order. "The tax deductions" promised "were only of limited scope" and "renting at market price alone did not allow sufficient cash flow to complete the self-financing" alleged in relation to overvalued properties.

Moreover, the multiplication of investments was done without taking into account the real indebtedness of the investors.

A moment called into question, twenty-six partner banks of the operation are civil parties. They too would have been cheated by forgeries, loan applications signed in blank by customers and completed by Apollonia who did not warn them that other loans were in progress so that "the files pass". The involvement of notaries who would have drafted deeds with full knowledge of the facts has also been denounced.

Reassured by the interventions of these notaries who acquired 3.316 lots for 618 buyers and 650 million euros of investment, but also by those of a lawyer and major banking brands, investors believed Apollonia who promised to deliver a "turnkey" product.

The 15% commission (on the sale price) received by the Badache couple allowed them to lead the way (use of private planes, Ferraris, etc.) and to accumulate an impressive heritage: around forty apartments of the LMP system, a house in the Bouches-du-Rhône valued at 1,5 million euros or a chalet worth six million euros in Switzerland. Some of these assets were seized.