Two years after the fire, Macron on the gutted roof of Notre-Dame 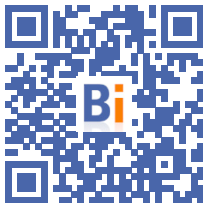 "An immense job accomplished": Two years to the day after the fire of Notre-Dame, Emmanuel Macron went to the gutted roof of the cathedral on Thursday to encourage the experts mobilized in this titanic project and a race against time to be returned to worship on April 16, 2024.

47 m high, under a blue sky strewn with clouds, the president contemplates the gaping hole in the middle of the Gothic splendor, result of the collapse of the spire under the action of the flames, on April 15, 2019.

He praises "the immense work accomplished" in two years and the "collective pride" in seeing the "Grande Dame" take shape, but he insists: "we will have to keep our objectives".

White helmet on his head, gray jumpsuit and black mask, this is the first time that the Head of State, accompanied by the mayor of Paris Anne Hidalgo, has officially returned to the scene since the roof and the spire left in smoke. But this time, he was able to observe closely the scale of the task, to which 35 companies are devolved, to meet the 2024 target.

The pre-existing scaffolding deformed by the fire was removed in the fall and a platform installed around the roof of the transept gutted. Transported by an elevator, between 80 and 200 carpenters, scaffolders, rope access technicians, depending on the tasks to be performed, climb up to the famous monument every day.

At the moment, they are 130, led by about twenty architects, to tackle with caution. "There are very fragile places, like where the arrow shattered and shattered the vault," explains chief architect Philippe Villeneuve.

From the platform, rope access workers abseil to masonry the unstable stones of the vaults of the choir. An essential securing phase "to prevent the scaffolders from taking risks when they are going to dismantle these ends of the vault", explains Mr. Villeneuve.

This is where the new spire will be erected, rebuilt identically to the one added by Viollet-le-Duc in the 2024th century. From XNUMX? "Every morning, I get up for this purpose," wants to believe Mr. Villeneuve, his successor. "Viollet-le-Duc put it up quickly. There is no reason that with our modern means, we can't do it."

After coming down from the roof and passing through the choir, Emmanuel Macron, his special representative for the reconstruction, General Jean-Louis Georgelin and Anne Hidalgo took an elevator to arrive under the vaults.

At the crossroads of the transepts, one of the carpenters at work on the temporary vaults makes a wish. "I hope that it will be, as tradition dictates, the youngest worker in the company who will put the rooster" on the spire of the cathedral.

"We will meet the deadline" to return Notre-Dame to worship and visitation in 2024, General Georgelin said earlier on France Inter, "which does not mean that everything will be over". The restoration of some chapels will "perhaps" still be in progress "and, of course, outside there will be work", he warned.

Some 833 million euros were collected for this restoration thanks to a national and international fundraising which brought together 340.000 donors.

If Ms. Hidalgo, who said she was "optimistic" about the deadlines, and Mr. Macron put aside their differences when it comes to Notre-Dame, two political opponents, the leaders of the National Rally, Marine Le Pen, and of Debout la France !, Nicolas Dupont-Aignan, asked on Twitter: "Where is the investigation?"

Two years later, the investigators completed their investigations in the rubble, but a long phase of analysis of the samples must still extend over several months to try to determine the origin of the disaster.

Politicians hail the reconstruction of Notre-Dame

Several mainly right-wing politicians and the socialist mayor of Paris Anne Hidalgo on Thursday welcomed the reconstruction of Notre-Dame de Paris cathedral, devastated two years ago by a fire. Marine Le Pen asked where the investigation was.

"2 years ago, #NotreDame was struck by a terrible fire. While the restoration continues, Paris is launching a heritage enhancement project and embellishment of the surroundings of the cathedral, in order to reveal all the richness of the site and better welcome visitors "(Twitter).

On the construction site, she said to herself "very impressed both on the technical part of this monumental site but also by this fervor, this enthusiasm around this challenge watched all over the world".

"Two years ago, a violent fire ravaged the heart of the #NotreDameDeParis cathedral. We all remember these terrible images that afflicted us, but also the heroism of the Paris firefighters who saved the building. is the investigation? "

"Recognition to the @PompiersParis who intervened in #NotreDameDeParis and to those who contributed to the reconstruction of this jewel of our heritage. #NotreDame is a part of the French soul, thank you to the artisans and craftsmen who will allow its Renaissance".

"Today, April 15, 2021, two years after the terrible fire of #NotreDame, the regional green spaces agency is offering 60 oaks of exceptional quality for the renovation of its framework. Already 10MEUR in aid paid by Ile-de -France #EnsembleReconstruireNotreDame "

"Two years ago, a major monument in our history caught fire, one of the most brilliant testimonies of our culture and our civilization. But, as a symbol, #NotreDameDeParis was able to triumph over the flames! #Reconstruction"

"On April 15, 2019, we said that to be French is to have had a bleeding heart when seeing Notre-Dame burn. Thank you to the Paris firefighters for saving one of the most beautiful creations of humanity, this work so French that we will be able to reconstruct and transmit "

"Two years ago, the fire at #NotreDame in Paris created trauma and generated extraordinary unity. I want to pay tribute to the firefighters hired on this day and hope that this building will be reborn in accordance with its history and his architecture".

The deputy and candidate for the Élysée Nicolas Dupont-Aignan (Twitter)

"Notre-Dame held. Not the patience of the French: where is the investigation two years later? We want to know the cause of the blaze that could have destroyed the symbol of our roots, courageously saved by our firefighters. After two years, no clue ... What are we hiding? "