Top 10 most popular cities for French people in 2020 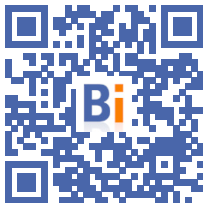 DRIMKI, the real estate valuation specialist, wishes to put the spotlight on the cities where the French buy the most and thus returns to the top 10 of the most popular cities of the past year!

Paris, still at the top of the national ranking (apartments and houses combined)

The City of Light comes at the top of the ranking with 34523 transactions (apartments and houses) in 2020, including 177 houses and 34346 apartments purchased.

Then comes Marseille in second position in the national ranking. The Phocaean city has 10737 transactions (9427 apartments and 1310 houses). The most popular Marseille district is the 13th with 1122 apartments and houses purchased.

Bordeaux, the most cherished city for buying a house

If we focus on buying houses only, the national ranking evolves by putting the medium-sized cities in the spotlight.

Bordeaux is in first place with 1376 houses purchased in 2020. Marseille retains its second place with 1310 transactions (houses only). Le Mans closes the podium with 1285 houses sold.

Paris, Marseille and Nice, popular cities for buying an apartment

Similar to the ranking bringing together the purchase of houses and apartments, Paris (34346), Marseille (9427) and Nice (8819) are on the podium of the cities with the most apartment purchases in 2020.

“If it is logical that the capital is at the top of this ranking, we notice that it is the most populous districts that generate the most sales and here again we are in a logic. But what is important to note is that the future should be still positive in 2021. To date and in our Capifrance network, the taking of mandate in Paris is at its highest ... this augurs well for a year 2021 still rich in sales real estate in the French capital ”, declares Franck Bernard, Capifrance real estate advisor in Paris.