The war in Ukraine darkens the outlook for the French economy 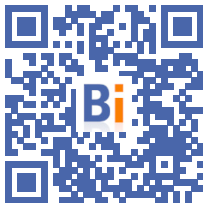 The French economy has so far withstood the economic consequences of the war in Ukraine rather well, but the situation could quickly deteriorate because high inflation will eventually weigh on demand, economists estimate on Thursday 24 March.

According to two indicators that measure business confidence, the conflict has so far mainly affected industry, with disrupted supply chains, while services and even more so construction, less internationally exposed, have continued. in March to benefit from the recovery in activity with the end of the pandemic.

“Overall the deterioration in business confidence for the moment has not been very strong,” notes Charlotte de Montpellier, economist at ING bank.

The firm IHS Markit even measured an acceleration in private sector growth in March, after two months of slowdown linked to the progress of the Omicron variant.

An acceleration which was "exclusively based on the performance of service providers". The rise in manufacturing production has "slowed sharply under the effect of continued disruptions in supply chains and, according to some companies surveyed, the crisis in Ukraine", details the firm in a press release.

Apart from industry, the trade sector, and particularly retail trade, has thus seen, according to INSEE, the confidence of business leaders drop sharply, reflecting consumer concern.

Unlike Markit, INSEE, whose sample of companies surveyed is larger, has measured a decline in the business climate also in services.

Last week, INSEE had already noted in its note on the economy that the war was causing a price shock, uncertainty and confidence.

The situation "risks deteriorating in the coming months if the conflict continues", according to Charlotte de Montpellier for whom, conversely, "if the conflict stops, we will have a recovery in the indicators".

For the moment, the labor market remains solid but it "always reacts late", warns this economist.

If the war "is long-lasting, we will have an inflection in activity, but the real break will be if companies start to reduce employment", analyzes Philippe Waechter for whom such a reversal would then be "really worrying".

The accelerating inflation could initially lead to an increase in business orders, as companies fear that prices will rise even more in the future.

In a second step, "within a few months", the risk is to "lead to a sharp deterioration in economic activity" when these advance purchases stop, warns Charlotte de Montpellier.

Philippe Waechter does not believe in such an increase in short-term purchases, neither for companies nor for households.

“When we look at household confidence across the European Union, we see that it is already falling significantly”, which will lead to a slowdown in consumption, he believes.

Inflation "is clearly starting to have an impact on the purchasing behavior of companies and therefore also on the overall economic outlook for the coming quarters", warns Charlotte de Montpellier, according to whom "we cannot exclude" having a GDP down in the second quarter.

The statistics on household morale and inflation for the month of March, which will be published next week by INSEE, are eagerly awaited by economists.