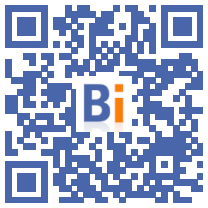 The general management of planning, housing and nature, a service of the Ministry of Ecological Transition, recommended Friday to suspend the edition of energy performance diagnostics for housing built before 1975, due to "anomalies ".

The energy performance diagnosis (DPE) makes it possible to detect "thermal sieves", very energy-consuming housing, which must be progressively banned for rental from 2025. On July 1, its calculation method was changed to no longer apply. base on energy bills, but rather on the characteristics of the building.

In a statement released Friday, the Ministry of Housing indicates that "abnormal results" of the diagnoses were detected for "certain types of housing, among those built before 1975", after feedback from professionals in the sector.

He adds that "analyzes are underway" to better understand and correct these "anomalies", but that while awaiting their results, the general management of development, housing and nature "recommends that the diagnostician to suspend the publication of energy performance diagnostics for dwellings dating from before 1975, except in cases made necessary by urgent transactions ".

In practice, the diagnosticians are invited to continue the visits to dwellings built before 1975 and the energy performance measurements, but to wait before establishing the DPE.

The suspension of diagnoses should only last a few days: the Ministry of Housing will bring together professionals from the sector on October 4 and will present on this occasion an assessment of the DPEs carried out, "detailing the anomalies observed and specifying the corrective measures".

They thus estimated between 800.000 and one million the number of private rental housing classified as G - the category of those that consume the most energy - by the new DPE, while the government was betting instead on 500.000 housing in this category.

"It is a relief to see that we have been heard," Jean-Marc Torrollion, president of FNAIM, told AFP on Friday. "We are looking forward to the October 4 meeting," he continued, saying he was confident that the anomalies would be corrected by then.

In total, the government estimates at 4,8 million the number of "thermal strainers", classified F and G. A third would be occupied by low-income owners.