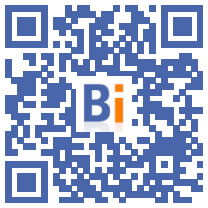 On Wednesday 24 November, during the hearing of Minister Barbara Pompili, the Senate Economic Affairs Committee noted that the surge in energy prices, not anticipated by the Government, makes the measures taken by the latter totally obsolete. in the field of energy.

The commission believes that the "tariff shield" is late is limited.

In this very degraded context, the committee notes several anomalies.

Convinced of the interest of nuclear energy, to guarantee the French inexpensive and low-emission energy, the committee regrets that the recovery plan only devotes 0,18% of credits to it and the investment plan 3%. This is why it calls on the Government to give a strong budgetary translation to the recent announcements in the direction of nuclear energy and hydrogen. The “Energy” credits of these plans must constitute the lever of new nuclear power, by promoting, alongside the design of SMRs, the improvement of EPRs, the development of 4th generation reactors and research in favor of the “closure of the nuclear power plant. fuel cycle ”.

The committee will ensure this, as part of its monitoring work on the development prospects of the French nuclear energy and hydrogen sector.

For Daniel Gremillet, rapporteur on “Energy” credits: “I regret that the Government waited until the start of winter to announce the“ tariff shield ”: if it is useful, it is nonetheless late and limited. While France is the first country in terms of energy taxation, with 47 billion euros, I see that it has not chosen the path of a massive reduction in this tax, unlike Spain or the United States. 'Germany ".

For Sophie Primas, president of the commission: “It is a pity that the Government waited six months before the end of the five-year term to envisage a 'return to favor' of nuclear energy; today we want him to move from announcements to decisions. However, the “stimulus” and “investment” plans do not give nuclear energy the attention it deserves. This is detrimental to the decarbonisation of our economy, but also to the purchasing power of our fellow citizens and to the competitiveness of our companies ”.