The role of hydrogen in the energy transition in Europe 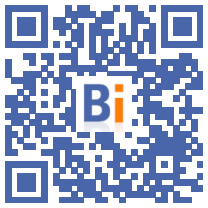 The study “Imports of carbon-free hydrogen in Europe: challenges and opportunities” carried out by the World Energy Council has just been released. She is interested in the role of hydrogen in the energy transition and more particularly in the future supply of the European Union.

What demand and what proportion of hydrogen is imported? From which exporting countries? What technologies and what costs for consumers? So many questions to which this study provides quantified, sourced and argued answers.

The World Energy Council is the leading multi-energy association in the world. For this achievement, the association mobilized its network of 3000 member organizations (companies, associations, governments, universities and research centers) in nearly 100 countries, two-thirds of which are developing. The World Energy Council broadly pursues the ambition to “promote the sustainable supply and use of energy for the greater good of all”. In France, its representative is the French Energy Council, which brings together the main French energy players: companies (EDF, ENGIE, TotalEnergies), research centers (CEA, IFPEN), public bodies (ADEME) , ...

Among the notable figures of this study, the demand for hydrogen is estimated at 60 million tonnes in 2050 (6 times more than today), half of which will have to be imported. These imports of carbon-free hydrogen will themselves require colossal investments in production and transport infrastructure, in the order of 900 billion dollars by 2050.

A rich and detailed presentation of the future costs of hydrogen for France, Germany, Italy, Spain and Austria is also provided at the end of the study. Their cost structure is thus anticipated from the production phase to delivery to the user, depending on the resources, technologies and specificities specific to each country.

This European study is part of a more global reflection led by the World Energy Council around hydrogen. The association intends to make its significant contribution to the global debate on hydrogen, perceived as the flagship element of the energy transition. With this in mind, the Council recently published the dossier “Hydrogen on the horizon: on your marks, almost ready, go? », Which provides a global panorama of this energy vector. To do this, the World Energy Council looked at the various existing national strategies, as well as the global demand and costs of hydrogen.