Rent control will come into force on July 15 in Bordeaux 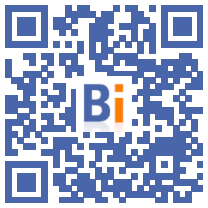 After Paris, Lille and Lyon, Bordeaux will in turn regulate the rents of the private park from July 15, to put an end to the "excesses" of certain owners in a city that has become very attractive, announced Thursday, June 23 the environmentalist mayor and the socialist president of the Metropolis.

“The majority of landlords charge reasonable rents, this measure targets those who take advantage of tensions in the rental market to earn income,” said Mayor Pierre Hurmic.

“It is above all not a war against the owners, but against excesses, that is what we want to prevent”, also underlined Alain Anziani, PS president of the metropolis of Bordeaux, “the 5th most expensive in France in rent", excluding Ile-de-France.

Rent control consists of setting a maximum price per square meter for real estate according to several variables (district, date of construction, furnished or unfurnished accommodation, etc.). It must not exceed 20% of the amount of the reference rent.

The prefecture of Nouvelle-Aquitaine published on June 22 the decree fixing the median rents, which thus allow the city to implement this device.

“The ax falls on July 15 because we know that it is a favorable period for finding small accommodation and student accommodation. However, studios and T1 are the most affected by the surge in rents”, specified the mayor.

A simulator available on the internet in a few days will allow tenants and owners to check if their rent is in the nails.

This experiment planned until 2026 completes "the arsenal of market regulation tools" such as the rental permit and the permit to divide, according to the town hall and the metropolis.

Applied in Paris since 2015, with an interruption forced by the courts in 2018-2019, the rent control has since been extended to other cities: Lille, Lyon, Villeurbanne, the intermunicipalities of Seine-Saint-Denis Plaine Commune (around Saint-Denis) and Est Ensemble (between Montreuil and Bobigny), and Montpellier from 1 July.