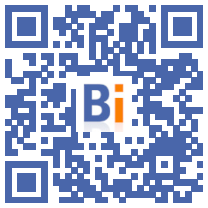 The prosecution has appealed the release of the architect and the works manager in the trial over the collapse of a balcony which killed four people in 2016 in Angers, he announced in a press release on Thursday.

The three other defendants were sentenced on May 31 by the Angers Criminal Court to sentences ranging from 18 months to three years in prison, suspended for homicide and involuntary injury.

"This file will therefore be partially re-examined by the correctional appeals chamber of the Angers court of appeal, on the case of these two defendants, during the year 2023", writes the public prosecutor of Angers Éric Bouillard.

In March, the prosecutor had requested the heaviest sentence, four years in prison, two of which are firm, against the architect Frédéric Rolland, 66, pointing to "the mess" that reigned in his office, which generated , according to him, a "general laxity" on the site.

But during the reading of the judgment, the president of the court had considered that "the breaches of the professional obligations of the architect" were "without a certain causal link with the collapse of the balcony".

On the other hand, the court had recognized the civil liability of the architect, who will have to compensate the victims in the same way as the three convicted on the criminal side.

“The court considered that all faults without a certain causal link, as well as faults not having the character of a qualified fault, should not be retained to establish criminal liability”, had specified the court in a press release. .

The works manager, Éric Morand, 53, had also been released, while the prosecution had requested three years in prison, including 18 months suspended, against him. The faults with which he is accused "are unrelated to the collapse of the balcony", had estimated the court.

On the evening of the tragedy, there were 18 students, in their twenties, chatting on a balcony of the "Le Surcouf" residence, in the center of Angers, when it suddenly fell into a void.

In the rubble, the firefighters had discovered the bodies of Lou, 18, Antoine, 21, Benjamin, 23, and Baptiste, 25. Fourteen other victims were hospitalized.