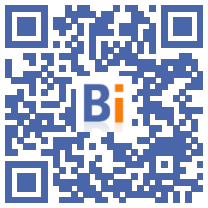 The Metropolis of Greater Paris (MGP) adopted Monday, January 24, after four years of work and tensions over last minute amendments, its Territorial Coherence Scheme (SCoT), an urban planning document supposed to define "the main orientations of development over the next 15 to 20 years".

"A great moment for me as for you", greeted the president (LR) of the MGP Patrick Ollier after the approval of the project by 129 metropolitan councilors out of 179 voters, including 137 cast.

First urban planning document on the scale of the metropolis, created in 2016 and which brings together 131 municipalities for a population of 7,2 million inhabitants, the Scot must make it possible to build a "resilient metropolis in the face of climatic hazards, risks natural, technological and sanitary," MGP said in a statement.

The 12 orientations of the document give it a resolutely environmental tone: "consolidating a polycentric Metropolis, sparing in space and balanced in the distribution of its functions", "reinforcing the presence of nature and agriculture in the city", " act for the quality of the air", "organize the energy transition" or even promote the "reconquest of natural, wooded and agricultural spaces"...

But the consensus between right and left around the text, the fruit of four years of work between elected officials, the State and experts, has withered with the presentation of a dozen or so amendments, carried for the most part by the mayor (LR) of Boulogne-Billancourt, Pierre-Christophe Baguet.

These amendments "which arrive in the morning after 4 years of discussions, that raises questions", commented for AFP Sylvain Raifaud, co-president of the environmental group who notably opposed the amendments opening the possibility of "exceptions to the code of town planning", to "isolated constructions near forests" or to the modification of the objective of 30% of open land, all three rejected.

This Scot "is not perfect", recognized several group presidents, but "the text as it stands allows us to move forward", summarized the vice-president (PS) of the MGP Daniel Guiraud.