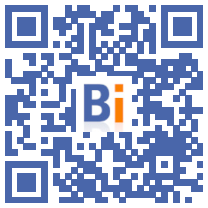 "It's as if we had to rebuild a city of 20.000 inhabitants": the mayor of Marseille Benoit Payan (PS) announced on Wednesday that he had discussed with Jean Castex the implementation of a major renovation plan for 200 schools in the city.

"We talked about the complicated issue of schools in the city and how the state will, with the city of Marseille, make a major renovation plan," told AFP the city councilor who met on Tuesday the head of government for a working session.

"The Prime Minister is extremely sensitive to these questions. It is a commitment which has been made since we have started to work on the substance and on the form of what we are going to do," said the elected official who had already discussed the issue in March with President Emmanuel Macron.

"We have taken a new step and it is now up to the head of government to set all this to music," added the elected official who said he had also met the minister responsible for communities Jacqueline Gourault and the minister in charge of public accounts Olivier Dussopt .

"We have meetings almost daily with the services of the State, Bercy, the DGFIP (delegation to public finances) or even the deposit fund," said Mr. Payan, referring to "a heavy and complicated assembly".

Some 200 of the city's 472 schools would be affected by this plan even if their situations are different: "Some are in an absolute emergency, others in an emergency, others in a critical situation, others still to be partially renovated, others to be built or rebuilt ", detailed Mr. Payan referring to a budget of more than one billion euros for the first ten years of a" long term "plan.

"This project is as if we had to rebuild a city of 20.000 inhabitants from A to Z and, in terms of energy, when we have renovated the schools, we will obtain savings equivalent to the consumption of a city like Forcalquier (5.000 inhabitants) ", he stressed.

"There are several options on the table on how we are going to manufacture a tool that will allow a real renovation of schools, something quite imaginative, quite unprecedented", explained the mayor of Marseille according to whom "nothing is wrong. 'is still stopped ".

The new left-wing municipality of Marseille has made the rehabilitation of degraded schools in the city one of the priorities of its mandate. A rehabilitation program for five school groups (11 schools) for 85 million euros, 90% funded by the ANRU (Regional Urban Renovation Agency), was voted in early April in its first budget.