The main measures of the controversial unemployment insurance reform 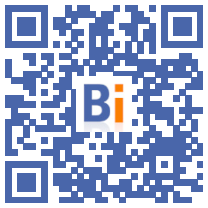 New calculation of compensation, conditions for entitlement, degression for executives, bonus-malus: the main measures of the contested reform of unemployment insurance which comes into full force on Wednesday.

Entered into force on October 1 after several postponements, the modification of the calculation of the daily reference wage (SJR, base of the allowance) is the flagship measure of the reform and the most contested by the unions.

The new calculation method (which does not concern job seekers already receiving compensation) will penalize job seekers alternating unemployment and activity, "the permittents".

The executive notably defends a desire to "encourage work" because the previous rules could sometimes make this "permittence" more remunerative than a continuous part-time activity, for example.

Compensation was previously calculated by dividing income by the days worked alone during the reference period.

The initial reform provided for the SJR to be calculated by dividing the wages received during the 24 months preceding the unemployment situation by all the days - worked or not - between the first and the last day of employment of this period of unemployment. 24 months.

Mechanically, this would have greatly reduced the amount of the allowance of those, often precarious, who alternate short contracts and unemployment. To correct the system, a floor guaranteeing a minimum allowance has been introduced.

According to an assessment by Unédic carried out in the spring, and not lapsed according to the joint body, up to 1,15 million people opening rights in the year following the entry into force of the reform would receive a more monthly allowance. low (17% on average), with at the same time an extended "theoretical duration of compensation" (14 months on average against 11 before the reform).

The Ministry of Labor disputes this figure which, according to him, does not take into account the improvement in the economic situation or "behavioral effects" hoped for from the reform.

To fight against the abuse of precarious contracts, the executive is counting on the establishment of a "bonus-malus" on the unemployment insurance contribution paid by companies with more than 11 employees in seven sectors that are large consumers of short contracts (accommodation and catering, agrifood, transport, etc.).

Since July 1, the behavior of 21.000 companies is thus under observation and the bonus-malus will be applied from September 2022.

For these companies, their separation rate will be calculated over a year, ie the number of end of contracts - CDI, CDD or interim - divided by their workforce. Depending on the comparison with the sector's median rate, the following year the company will see its contribution vary between 3 and 5,05% of its payroll, against a rate of 4,05% until then.

Certain sectors particularly affected by the crisis, such as the hotel and catering industry, are initially exempt.

The unions fear that the bonus-malus will not survive a renegotiation of the unemployment insurance agreement which will have to be launched in the fall of 2022.

As of December 1, to benefit from unemployment benefit, you will have to have worked 6 months and no longer 4 months during the last 24 months (36 months for those over 53), with a period of neutralization linked to confinements up to 11 months.

This tightening measure was subject to a "return to better fortune" clause.

Concretely, it was necessary both to reduce the number of job seekers in category A of 130.000 over six months and 2,7 million hires of more than one month cumulatively over four months.

A decree of November 18 confirmed the achievement of these two objectives.

In accordance with the same "return to better fortune" clause, the degression of benefits is tightened for employees under 57 years of age who had a work income greater than 4.500 euros gross per month - or approximately 3.500 euros net.

Since July 1, the -30% degression of allowances applied from the 9th month. It applies from December 1 at the end of the 7th month.