The government wants to extend for two weeks, the rule of three minimum days of telework 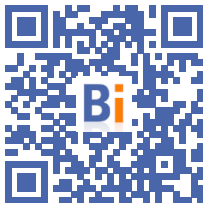 The Minister of Labor, Elisabeth Borne, announced on Wednesday January 19 to the social partners that the government was considering extending "for another two weeks" the rule providing for a minimum of three days of teleworking per week in the face of Covid-19, we learned. with the ministry.

The Minister told the employers' organizations and trade unions that "the health situation, even if it seems to be heading towards a plateau, does not seem, to date, to allow an immediate lifting or relaxation of the measures in terms of telework", a- we added from the same source.

These measures must still be confirmed on Thursday, following a health defense council.

Since January 3, the company health protocol provides that employers set “a minimum number of three days of teleworking per week, for positions that allow it”. This rule was initially put in place for three weeks.

During the meeting with the social partners, the minister said she hoped that it would be a "last push" and that the health indicators would then make it possible to "revert to a recommendation (and no longer an obligation), with a target of two to three days of telework per week," the ministry said.

Employers would have liked the government to waive the obligation without waiting two additional weeks.

"We regret this decision which will weigh on certain sectors of the economy and on the morale of employees. We would have preferred an incitement to constraint", reacted to AFP a spokesman for Medef.

Same story on the side of the Confederation of SMEs. "Companies, frankly, are playing the game, and both employees and employers are worn out by this situation (compulsory telework, editor's note). We would have liked to move from obligation to incentive", underlined with the AFP the president of the CPME, François Asselin.

Prior to the enhanced measures in early January, the protocol provided for a simple "target" of two to three days a week. Adjusted several times, this reference document had imposed teleworking as a rule for several months from October 2020. For several months, it had been "increased to 100% for employees who can perform all of their tasks from a distance".

Despite tightened government guidelines, working from home did not make noticeable progress in early January, according to an interactive Harris poll for the Department of Labor released last week.

During the week of January 3 to 9, among working people who could telecommute easily, 60% had thus telecommuted at least partially (58% in mid-December), the figures increasing more in Île-de-France (rising from 62% to 69%).

The government has since provided for sanctions for companies that do not play the game, with the bill transforming the health pass into a vaccination pass adopted by Parliament on Sunday. The text provides for the possibility of administrative fines for companies that do not comply with health instructions, in particular with regard to teleworking. These fines may go up to 500 euros per employee, within the limit of 50.000 euros.