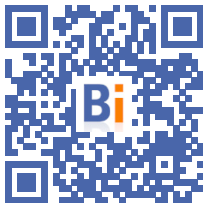 The multiannual energy program (PPE) provides for the installation in the Mediterranean, in the Gulf of Lion, of two floating offshore wind farms of 250 MW each by 2030.

After launching a call for tenders in March 2022 aimed at selecting one or two companies to build and operate these two parks, the Government is now opening a new stage: the selection of 13 candidates to participate in the competitive dialogue phase.

France has set itself the goal of achieving a 40% share of renewable electricity produced by 2030, and more broadly of increasing the share of renewable energies to 33% of final energy consumption by this timeframe. This electrical renewable energy development policy aims to reduce our greenhouse gas emissions on the one hand, and to increase the resilience of our electrical system on the other. Thus, the Government intends to accelerate the development of offshore wind power in order to build 50 offshore wind farms by 2050, representing 40 GW of total capacity and nearly 20% of electricity consumption in France.

Christophe Béchu, Minister for Ecological Transition and Territorial Cohesion, Agnès Pannier-Runacher, Minister for Energy Transition, and Hervé Berville, Secretary of State for the Sea, today open a new stage of this project, announcing the selection of 13 candidates to participate in the competitive dialogue phase. Over the next few months, the State will exchange with them on draft specifications. This will be adapted to the specificities of the Gulf of Lion and the Mediterranean coast, and will take into account the multiple environmental and territorial development issues raised during the public debate.

The competitive dialogue period will end at the end of 2022. The winner(s) will be chosen in the fall of 2023, for the commissioning of the parks scheduled for 2030.

In view of their technical and financial capacities, the Government selected the following 13 candidates:

In the Gulf of Lion, each park will have a production capacity of approximately 250 MW which, in a second phase, can be extended to reach 750 MW. The 1,5 GW of cumulative power will cover the average electricity consumption of 1,1 million households. These projects will be among the first to use floating wind technology in Europe.

For Christophe Béchu, Minister of Ecological Transition and Territorial Cohesion: “I welcome this new step taken in the conduct of the Gulf of Lions operation. This type of operation is the model and the incubator for the offshore wind farms of tomorrow, which we need to complete our energy mix and meet the objectives of the multi-annual energy program while respecting our environmental requirements. »

For Agnès Pannier-Runacher, Minister for Energy Transition: “I welcome the opening of the competitive dialogue and the interest aroused by this project. In line with the strategy of accelerating floating wind power carried by the France 2030 investment plan, it demonstrates France's ambition to achieve its energy objectives, while contributing to the development of a promising technology. »

For Hervé Berville, Secretary of State for the Sea: "The Government is accelerating planning at sea to achieve its goal of building 50 offshore wind farms by 2050. In each of these projects, the State Secretariat for the Sea will be attentive to a good reconciliation of environmental issues with the landscape issues and maritime activities, including fishing. We can be enthusiastic because, once these compromises have been found, these projects can then be a source of value for the maritime professions.”