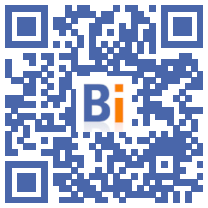 The board of directors of the local public establishment Paris La Défense announced on Monday January 3 that it had decided not to approve the sales promises with the Hermitage company for its twin towers project in the business center.

The transactional protocol, established at the end of a mediation procedure conducted under the aegis of the Nanterre judicial tribunal, gave until December 31 to the Russian promoter at the origin of the project, Emin Iskenderov, to have the promises signed. of sale.

After meeting on December 28, the board of directors of Paris La Défense considered that the situation did not allow a transaction to be concluded "under conditions acceptable to the public establishment, particularly in view of the absence of guarantees. financial and technical provided by the project leader ", he explained in a press release.

The project, named "Hermitage Plaza", consisted of the construction of two skyscrapers 320 meters high with luxury residences, offices, hotels and shops, in place of apartment buildings built in 1974. .

It was to be delivered by the 2024 Olympic Games in Paris. But, since 2007 and the signing of a promise to sell between the social landlord Logis Transports, owner of the walls, and the company Hermitage, the operation has been the subject of a legal battle with residents of the existing building, who refuse to leave their accommodation.

The project, valued at 2,8 billion euros, also left some observers perplexed. Like the former boss of Paris La Défense Patrick Devedjian, who died in March 2020, who expressed in June 2018 in an interview with Les Echos "serious doubts about the group's ability to finance and carry out such an ambitious project" .