The decree banning the installation of heating equipment running on coal or fuel oil as of July 1, 2022 has been published 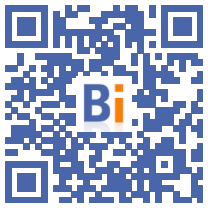 New environmental standards will come into force in July, aimed at limiting greenhouse gas emissions from heating equipment and thus excluding in particular the installation of new oil-fired boilers, according to a decree published on Thursday January 6 in the Official Journal.

"To be able to be installed in a building, including replacing existing equipment, heating or domestic hot water production equipment" must comply with a level of greenhouse gas emissions "below 300 gCO2eq / kWh PCI ", indicates the text.

This ceiling amounts "to excluding the installation of new equipment running on coal or fuel oil, which would lead to the perpetuation for several years of heating methods that emit highly greenhouse gases", indicates in a press release the Ministry of Transition ecological. 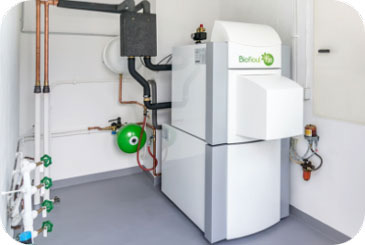 "On the other hand, the owners of existing equipment running on fuel oil or coal will be able to continue to use them without changing the fuel, maintain them and have them repaired to maintain their efficiency," said the same source.

Domestic fuel oil is "the 3rd heating energy in France", heating "nearly 4 million buildings including more than 3 million individual houses in main residence", according to a press release from the biofuel sector, an alternative to fossil domestic fuel oil.

These oil-heated houses are "mainly in rural and peri-urban areas that district heating networks or town gas often do not serve," according to data from Ademe cited in the press release.

The use of this type of energy is particularly important in areas where winter temperatures are low, such as the eastern facade, and the Hauts-de-France and Auvergne-Rhône-Alpes regions, among others.

Actors involved in the development of biofuel welcome an ambitious text

The French Federation of Combustibles, Fuels and Heating (FF3C), a representative organization bringing together professionals in the distribution of off-grid energy; the French Federation of Independent Petroliers (FFPI); the French Federation of Oilseed and Protein Crop Producers (FOP); Esterifrance, the union of French esterifiers; Uniclima, the union of thermal, aeraulic and refrigeration industries; the National Artisanal Union Plumbing and Heating Coverage (UNA CPC) of the CAPEB; The Union des Métiers du Génie Climatique, Cover et Plomberie (UMGCCP) of the FFB welcome this Decree initiating a transition from 100% fossil domestic fuel oil to biofuel, a liquid biofuel for heating incorporating an increasing share of renewable energy in the form of rapeseed methyl ester (EMC).

76% of consumers ready to opt for biofuel

A survey was carried out by Opinion Way in July 2021 among fuel oil users in order to gather their opinions on their current heating method and their interest in a liquid biofuel. Among the main findings of this survey:

Biofuel, energy for the regions

Biofuel is a storable liquid energy, composed of a part of renewable energy, primarily in the form of rapeseed methyl ester (EMC). The choice of rapeseed is due to the many advantages of this plant, of which France is one of the leading producers in Europe: 80 farmers grow rapeseed throughout the country. Its seed, made up of equivalent parts of oil (in particular valued as biofuel) and material rich in proteins (in particular valued for animal feed), offers promising and complementary responses to the challenges of agrifood, energy and environmental transitions, including that of of the protein sovereignty of France.